It is no secret that Robert Pattinson has been battling to get over his ex-girlfriend, Kristen Stewart. Perhaps his recent change in location will do the trick? 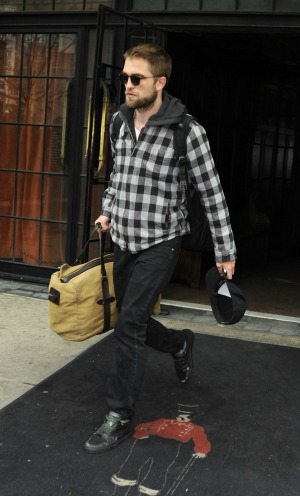 Robert Pattinson has reportedly decided to pack his bags and move to get some distance between himself and his former girlfriend, Kristen Stewart.

The couple used to live together before Pattinson moved out after their split earlier this year.

While the Twilight Saga star had his own house in Los Feliz, Los Angeles, he has recently decided to move away from the area because guess who else lives in Los Feliz?

Breakups are never easy, but the situation will undoubtedly be more awkward if Pattinson runs into his ex-girlfriend, and he is determined to move on from Kristen Stewart, who cheated on him with director Rupert Sanders.

A source revealed to HollywoodLife.com, “Rob has moved out of the Los Feliz area to get away from Kristen and her friends, there were too many memories there for him.”

“Rob’s new home is in a gated community in Beverly Hills, where Gwen Stefani and Christina Aguilera also live. Britney Spears also used to live there.”

“It’s very beautiful, but it does not have a lot of furniture. You can tell he has not lived there for very long. It is very sparse right now.”

We hope the change of scenery helps Pattinson heal and move on! While he has been linked to several beauties including Katy Perry, Riley Keough, and his Maps to the Stars co-star Sarah Gadon, nothing substantial has come from those romantic rumors.