Ashton Kutcher is techno-rific as Steve Jobs in this biopic that covers the Silicon savior’s life story from 1971 to 1991. While we’re all grateful Jobs’ gave us 1,000 songs in our pocket, we may be just as grateful we didn’t have to work with him — even when he showered and wore shoes. This movie makes him out to be a real iJerk. 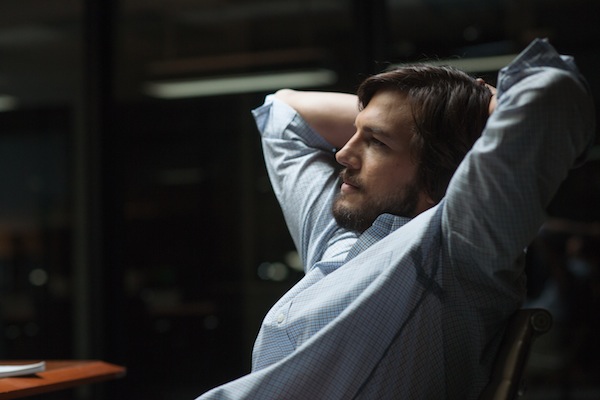 We meet Steve Jobs (Ashton Kutcher) at Reed College in 1971. He’s not enrolled in classes, he’s just kind of a shoeless hippie searching for some inspiration. He tries girls, acid and a pilgrimage to India, but the malcontent can’t seem to find his niche.

Jobs does a stint at the video game company Atari, but his body odor and lack of shoes irk his fellow employees. Eventually, he and his buddy Steve “Woz” Wozniak (Josh Gad) begin crafting computer circuit boards in Jobs’ parents’ garage. It would be easy to say “and the rest is history,” but according to the biopic, there’s more to the story. 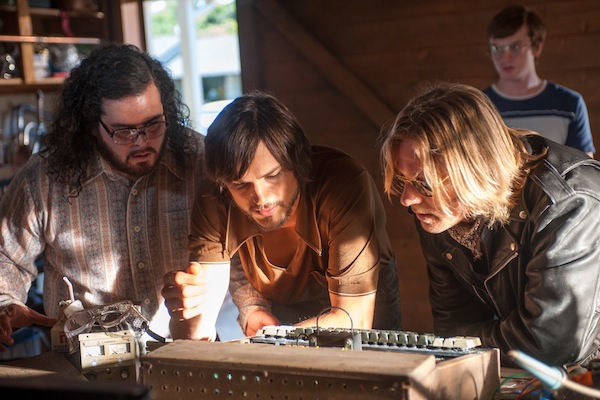 In the mid-1970s, the personal computer didn’t exist. Consumers didn’t have any notion what a PC was, let alone what it could do for them. In one scene, Jobs tries to sell the idea to a possible investor and explains it as “typing on your television,” to which the investor hangs up his rotary-dial phone.

Jobs was a revolutionary — but often creative geniuses lack the affability and empathy needed to work with others. In an early scene, as Jobs is trying to get his business off the ground, his girlfriend tells him she’s pregnant with his child. He refuses to believe the baby is his, despite a paternity test confirming it, and he kicks her out of the house! He tells her it’s her problem, not his, behaving so cruelly that it turns your stomach.

And then there are the other people he treats despicably, including Woz, who leaves his job at Apple Computer in tears and feeling betrayed by Jobs, who threw him away like an old cassette tape. 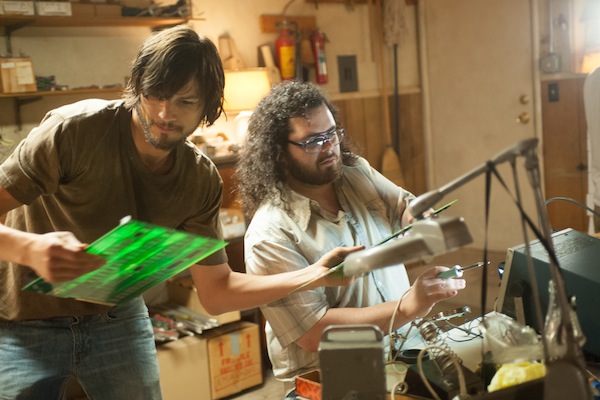 Kutcher does a wonderful job in this meaty role — his performance is fearless. He’s able to take on the mannerisms and vocal rhythm of the real Jobs while keeping his performance crisp and alive.

The script is very bare bones, not including Jobs’ bouts with cancer or his death. At times, the filmmaking is slightly flat and includes one of the most boring acid trips ever put on film. Where are the psychedelic colors and groovy hallucinations?

The bottom line: The reason to see this film is for Ashton Kutcher’s striking performance and to get a peek into Steve Jobs’ grueling genius.