Kourtney Kardashian has been fighting against someone who has been saying he is the father of her son Mason. The results are in, but it looks like Kardashian never had any doubt that her boyfriend Scott Disick is Mason’s father. 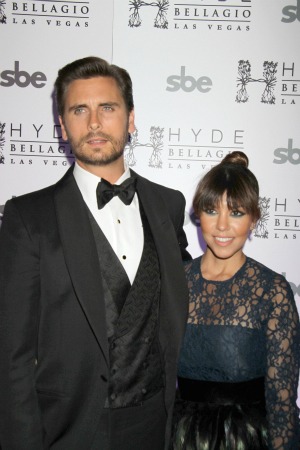 Kourtney Kardashian is closing a very bad chapter of her life after agreeing to a paternity test for her son Mason. The test came after claims, and a lawsuit, by male model Michael Girgenti claiming he was Mason’s father.

The results are in, and they prove that Kardashian’s boyfriend Scott Disick is the father!

But Kardashian never had any doubt about Mason’s paternity.

“After three-and-a-half years of rumors and lies being spread by an individual I met briefly at a photo shoot, I am setting the record straight that Scott is Mason’s father,” she told E! News. “While it saddens me to have to address these ridiculous lies — especially when the truth was never in doubt — this story must be put to rest.”

Kardashian’s lawyer Todd Wilson explained how Girgenti has been making a living off his rumor for years.

“This individual has been selling false and fabricated stories to the tabloids for years about Kourtney Kardashian and her son, Mason,” Wilson explained. “Scott Disick is Mason’s father.”

Girgenti worked briefly with Kardashian on a photo shoot in 2008 and told In Touch in March about his claim of a short-lived affair around the time she became pregnant with Mason.

Girgenti claimed that Mason looks nothing like Kardashian and Disick’s one-year-old daughter Penelope, and requested joint custody of Mason. He said that the 5-year-old child “deserves to know his real father,” according to the New York Daily News.

“We have not seen the reported court filing, but we are informed that this individual has been seeking to get paid to publish his ridiculous pleading,” Wilson added. “His claims are absurd and this is simply another shameful attempt to gain publicity and profit from fictional stories about my client.”

There is no doubt left about the Kardashian/Disick family, and Kardashian seems happy to finally move on with her life.