We’re taking a look back at some of Lisa Robin Kelly’s best, and funniest, scenes from her work on That ’70s Show. 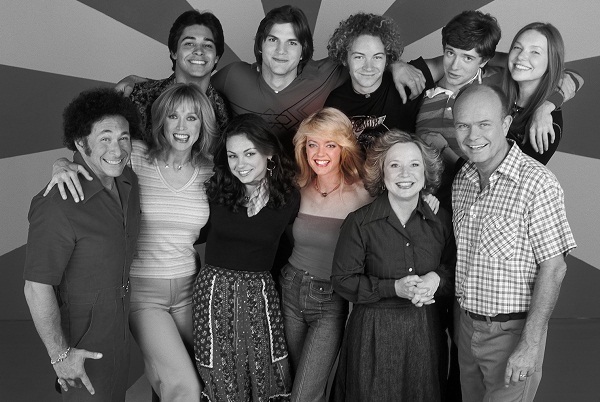 Very sad news came on Thursday morning that Lisa Robin Kelly had passed away during the night at a rehab facility where she had voluntarily checked herself into treatment. Kelly’s agent, Craig Wyckoff, confirmed the news to Entertainment Weekly, saying that he’d spoken to the actress on Monday and that she was “was hopeful and confident, looking forward to putting this part of her life behind her,” Wyckoff said. “Last night she lost the battle.”

Back in June, Kelly was arrested for a second DUI when officers helped her move her stalled car off the freeway and discovered that the actress was intoxicated.

Rather than focusing only on the saddest part of her story, SheKnows decided to remember the good times as well. Kelly was perhaps best known for playing Eric’s older sister Laurie on That ’70s Show.

Here are seven of her best moments on the series:

First, there was the time when Laurie and Jackie got into a catfight, complete with comic-book sound effects and graphics.

Next there was the time when Laurie decided that the wanted to get to know Pastor Dave… biblically.

Then there was that time that Laurie was doing her laundry in the basement and nearly sent some of the guys into a frenzy when she flashed her undies.

Next up, Kelso tried to show off his new leather jacket and Laurie laughed in his face.

And the time that Laurie came home for Thanksgiving and lost her spot at the adult table.

When Laurie asked her mom to share, she got an earful about how her parents really felt about her.

Finally, here’s a video that features her best moments with Steven — because there were simply too many to pick just one.