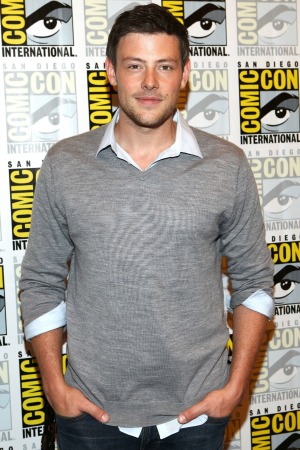 Ryan Murphy has revealed that despite Cory Monteith’s own death by drug overdose, his Glee character will not go out the same way.

Murphy discussed the decisions made by the writing team with Deadline.com, explaining that they thought about it, but ultimately decided to go in a different direction.

“The hard part for all of us is that the past week we’ve been holed up writing the memorial episode,” Murphy said. “There were a lot of things that we had to decide — how are we going to deal with his death? At one point, we were going to have his character die after an accidental drug overdose — that was something we had considered. But we have decided that we’re not going to have him pass from that.”

“Basically, what we’re doing in the episode is we are not telling you yet, or maybe not at all, how that character died,” Murphy said. “The idea being, how somebody died is interesting and maybe morbid, but we say very early on in the episode, ‘This episode is about a celebration of that character’s life.’ That might be weird for some people, but it felt really exploitative to do it any other way.”

“It’s a very heartfelt look at how young people grieve,” he continued. “We loved Cory and we loved Finn and it feels like a huge loss and a huge heartache not to have either of them around. We’re trying to craft an episode that’s not just about us grieving but about a lot of the young fans grieving.”

It’s not just the end for Finn, but possibly the beginning of the end for the show as a whole. Fox Entertainment Chairman Kevin Reilly revealed at the executive panel at the TCAs that Glee probably will probably end after Season 6.

“I would not anticipate it going beyond two more seasons,” he said. “Look, never say never, but there’s two very clear arcs to get to the end and conclude. If we discover a new crop of kids and there’s some breakout [star], who knows? But right now we’re just thinking about two more seasons.”

Tell us: Should Finn’s cause of death be revealed?