Lindsay Lohan gets her first acting role after completing rehab when she lands a guest role on Eastbound & Down. Is she ready to get back to work? 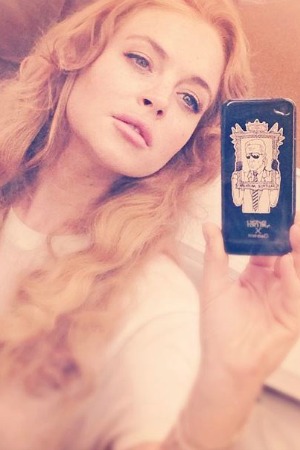 Lindsay Lohan has only been out of rehab a short while and already it looks like she’s doing a lot better, at least when it comes to work. Earlier this month, Lohan took on her first post-rehab job when she hosted Chelsea Lately and she actually ended up doing a pretty good job at it.

Now, E! News is reporting that the actress has landed her first acting role since her stint in rehab. Lohan herself hinted at the news when she posted a pic of herself on Instagram with the comment that read: “#back@work! So grateful today! :)”

Turns out that the work she mentioned is a guest-starring role on the HBO series Eastbound & Down. A source has revealed that Lohan will be playing the daughter of one of the show’s main characters. Apparently her episode will flash-forward to the future during a wedding where Lohan will play the bride.

In addition to the gigs on Chelsea Lately and Eastbound & Down, Lohan has also sat down for a chat with Oprah Winfrey for an eight-part series that will follow her as she tries to stay clean. The docu-series will air on OWN.

While it’s undoubtedly great news to hear that Lohan is apparently doing well and keeping busy, one has to wonder if it might not be too much, too soon. If she gets back into a nonstop working mode, could she also end up stressed out and possibly turning to drugs again?

On the other hand, perhaps working is better for Lohan rather than just sitting around and doing nothing after coming out of rehab. Chances are she’s probably much happier working and getting back into her old routine than she would be with no job and nothing to do but contemplate her past issues.