WWE star Darren Young has come out of the closet as gay, and the super-macho organization is throwing its full support behind him. 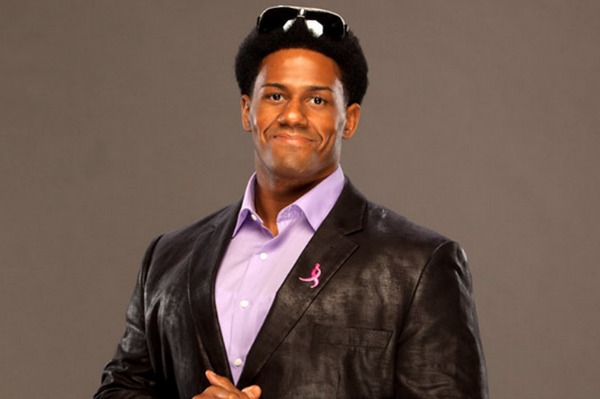 Wrestling star Darren Young unexpectedly came out as a gay man during an impromptu airport interview.

The WWE pro was approached at LAX Wednesday by a TMZ videographer who asked if gay men should be allowed in the league.

Young responded with a laugh, “Absolutely. Look at me. I’m a WWE superstar and to be honest with you, I’ll tell you right now, I’m gay. And I’m happy. I’m very happy.”

Jillian Michaels is gay: The quiet coming out >>

While other wrestlers have been rumored to be gay, none have ever come out, and certainly not while signed to a major contract.

WWE champ John Cena threw his full support behind Young, telling TMZ, “Oh, wonderful! I know Darren personally. Darren’s a great guy. That’s a very bold move for him. And congratulations for him for actually finally doing it.”

Cena, whose brother is gay, said he knows how difficult it can be to publicly come out and that sexuality doesn’t matter in wrestling.

WWE officials agree. A rep for the organization said they are “proud of Darren Young for being open about his sexuality.”

“We will continue to support him as a WWE Superstar. Today, in fact, Darren will be participating in one of our Be A Star anti-bullying rallies in Los Angeles to teach children how to create positive environments for everyone regardless of age, race, religion or sexual orientation.”

Young made his first appearance with the WWE in 2005.