It looked like Andy Cohen was going to be a mainstay at Miss Universe. But the host is standing up for what he believes in and boycotting this year’s pageant because of Russia’s anti-gay stance. 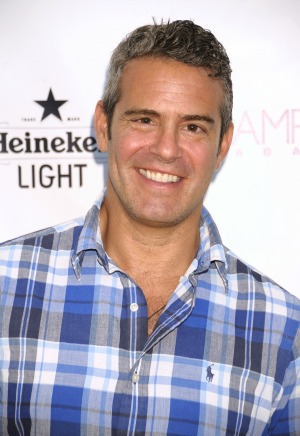 Andy Cohen has been a part of the Miss Universe pageant for the past two years, but his face will be noticeably absent from this year’s competition. The Bravo host said he will be boycotting because of this year’s filming location: Moscow, Russia.

Russia has recently banned “the public discussion or display of gay rights and relationships around minors” according to Entertainment Weekly. The law essentially bans any form of outward expression of homosexuality.

Cohen spoke with his Miss Universe co-host Giuliana Rancic about his decision, saying he “didn’t feel right as a gay man stepping foot into Russia.”

A lawmaker in the country also recently said they may look into the prosecution of Madonna and Lady Gaga, who are both well-known gay rights advocates.

“Discriminatory policies make it unsafe for the gays who live there and gays coming to work or visit,” Cohen said. “The law is that anyone under suspicion of homosexuality can be arrested.”

Other celebrities have protested the new laws in Russia, each in their own ways. George Takei posted a photo of Russian president Vladimir Putin on his well-known Facebook page. The photo was all black and white, except a Hitler-looking mustache on the president, drawn in rainbow colors.

“Evil must be stopped before it closes its fist to strike even harder,” Takei wrote in the post with the photo. “Please like/share this image of Rat-Putin, so the world can know and remember his true colors.”

Dustin Lance Black, the screenwriter for the film Milk, also spoke out about the direction the country appears to be headed.

“[T]he truth is, the other thing that will soon be noted by Putin and LGBT Russians alike is our industry’s silence and apathy,” Black told the Hollywood Reporter. “And LGBT Russians living in fear and putting their lives on the line deserve better than our inaction and silence.”

There has also been a movement to attempt to have the 2014 Winter Olympics to be moved to a location other than Sochi, Russia. Lawmakers in the country have said they will attempt to have any gay athletes or attendees at the event prosecuted under the law.

The Miss Universe organization has not announced who will be replacing Cohen for this year’s pageant.