Summer is known for its Man of Steel-esque blockbusters, spoon-fed to us one Friday or Saturday at a time (who really wants to compete with those movie monsters, right?). Tomorrow marks the release of a medley of intriguing movies, all in one Friday! How will we choose? 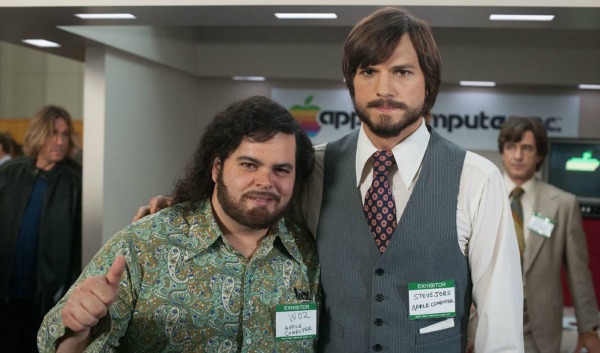 Based on the real-life account of Steve Jobs,  Jobs chronicles the trials and tribulations of one of this generation’s most inspiring men. Ashton Kutcher plays the died-too-young founder of Apple who went from being a college dropout to one of the most revered businessmen of our time. Kutcher may have channeled Jobs just a bit recently when he gave a speech at the Teen Choice Awards last week, sharing with teens that opportunity looks a lot like hard work, that being sexy is being smart, thoughtful and generous, and that everything around us was created by people no smarter than we are. Was the next Steve Jobs in the Teen Choice Awards audience? Time will tell.

QUIZ: Ashton Kutcher and other celebs with ordinary names >>

It’s been a while since we’ve had the chance to see Oprah Winfrey flex her acting muscles, and Friday’s release of The Butler gives us just such an opportunity. This story, based on a Washington Post article written by Wil Haygood, follows an African-American man who was a butler to eight American presidents during the civil rights movement and the Vietnam War. This feature also brings together other super talents like Forest Whitaker, John Cusack, Terrence Howard, Robin Williams and Jane Fonda. It’s a little early for the release of an Oscar contender, so we’ll just have to watch the movie and try to guess if the Hollywood Gods think it’s worthy of an Oscar nod.

Not to be confused with the Paranormal movies, which keep us awake for weeks after we watch them, Paranoia is an edge-of-your-seat cautionary tale that reminds us to be careful of what we wish for. Liam Hemsworth plays Adam Cassidy, a brilliant young man with a humble background. Hungry to change his lot in life, Adam finds himself in an epic battle between two powerful technology billionaires. When he gets in over his head, he has to figure out a way to bring both men down.

As you can see, it’s going to be next to impossible to choose between two stories of incredibly interesting men, or a heart-pounding hunkfest that features Liam Hemsworth and Harrison Ford.

Keep up on all the newest movies — subscribe to our newsletter >>