Bruce Willis might need to take a long vacation. Does he hate the films that have made him a rich man? 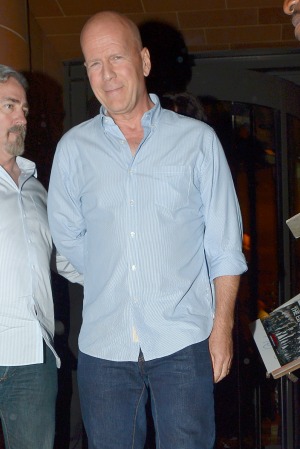 Bruce Willis is starting to sound like he needs a career change. He recently pulled out of Expendables 3 over money issues, which led to some nasty tweets from co-star Sylvester Stallone. Now, he’s complaining about explosions in his films.

In a recent interview with Spanish magazine XLS, the 58-year-old actor whined about the worst part of his job.

He told the publication, “Explosions are one of the most boring parts of my job. When you have seen a few fireballs, its not exciting anymore. I know part of my audience enjoys the explosions, but to be honest, I’m a bit bored of it now.”

Of course, he was in the middle of promoting Red 2 which is heavy with on-screen explosions. Willis also has had an incredibly successful career with action films, particularly with the Die Hard franchise which has earned the actor millions.

The father of four has been a bit cranky with the media during his movie junkets. His interview with London’s Magic 104.5 radio station went viral because of his curt replies to the reporter.

He told the outlet that the promotion aspect of his job wasn’t “fun.” When asked how he would like to hype his films, he snidely replied, “I wouldn’t. I would slash my hooves.”

Bruce Willis is a legend in his own time >>

Perhaps Willis needs to take a break from his lucrative acting career and take up golf or even dive into a gritty indie film instead.

He told XLS, “I am very clear with who I am. I work in all sorts of films, but the action movies are the ones that generate the most revenue. I like to earn lots of money from those, but I do all types: small productions, mega-projects, medium sized, even science fiction.”

Maybe he just needs a good long nap to take care of his grumpiness.