Lady Gaga has spent the majority of her year in pain after undergoing hip surgery. But through it all, her fans are the ones that kept her going. 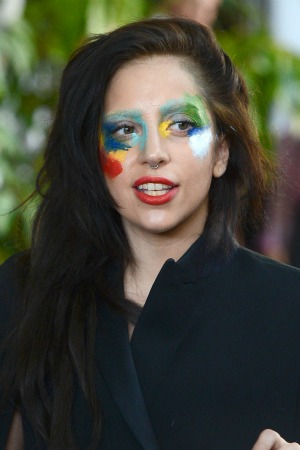 Lady Gaga’s new album ARTPOP may be one of the most anticipated of the year, but it was a painful path that got her to this point. But for the singer, her Little Monsters made the journey worth it.

Gaga had to cancel her tour back in February to undergo hip surgery, and she was devastated that she had to do that to her fans. Her new single “Applause” ended up being a song about why she kept going.

“I was in a lot of pain, but didn’t know where really. I have a strong threshold for pain, so I kept slapping myself saying, ‘Get it together.’ The only thing that kept me going was the applause,” Lady Gaga told Ryan Seacrest in a recent interview. “And I was able to drown out the pain.”

That single may not have started out as an ode to her fans, but through all the pain it became a song about what those fans mean to her.

“When she wrote that [song]… she was hurting that whole entire time,” Gaga’s producer, DJ White Shadow, told MTV. “And after she figured out what it was that was hurting and figured how severe that was and had that time off, we had time to go back and like really sit around and craft and take it to the next level.”

The idea of finishing the song for her Little Monsters is what kept her going, and so the song is for them. Although DJ White Shadow said every single song on the album is for those fans.

“She has a complete and total adoration for her fans,” he continued. “I’ve never seen anyone in my entire life work as hard or do as much for her fans. It’s a back-and-forth thing. The reason why those kids are so into Lady Gaga is because Lady Gaga is so into them.”

Gaga will perform at the MTV Video Music Awards on Aug. 25. Her new album ARTPOP is set to be out Nov. 11.