Prince William is saying goodbye to the private hideaway where he and Kate Middleton made their home in a rented farmhouse for so many years. What’s next for the royal couple and their new bundle of joy? 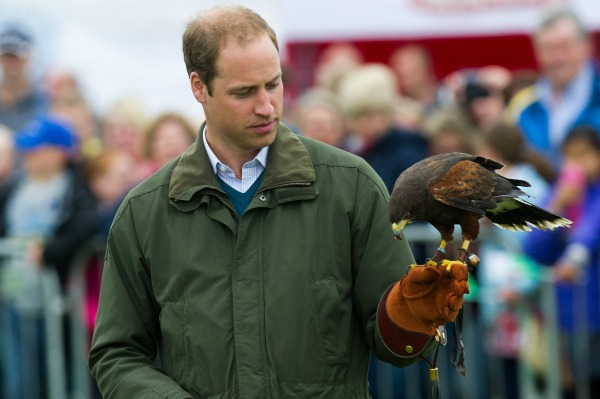 Prince William confirmed today that he, Kate Middleton and the royal baby will not be shacking up in Anglesey as Wills will be leaving his post as a Search and Rescue pilot with the Royal Air Force — but what’s next for the family?

In a speech given at the town’s County Show, the prince, currently second in line to the throne, confirmed he’ll be leaving his current post when his tour of duty ends but did not announce whether or not he will leave the RAF altogether to take on full-time royal duties. He did, however, spill a few details on the royal baby, Prince George!

“Catherine is sorry that she cannot be here today at the County Show, but she and George would have loved to have been here. He’s pretty loud but of course very good looking!” Wills said.

“I have to say that I thought Search and Rescue duties over Snowdonia were physically and mentally demanding, but looking after a 3-week-old baby is up there!”

“I know that I speak for Catherine when I say that I have never in my life known somewhere as beautiful and as welcoming as Anglesey,” he continued.

Will & Kate debut the royal baby! See his first pics >>

“The views across the Menai Straits are undoubtedly among the most stunning in the British Isles. I know that both of us will miss it terribly when my Search and Rescue tour of duty comes to an end next month and we have to move elsewhere.”

“This island has been our first home together, and it will always be an immensely special place for us both. Catherine and I look forward to returning again and again over the coming years with our family.”

William also gave a peek into the family’s future royal schedule, telling a visiting Australian couple that he and Kate hope to bring the royal baby on a visit Down Under next year.

Royal baby at risk: Real danger awaits Will & Kate
What’s in a name? The history behind George Alexander Louis
Stars tweet their excitement ahead of the royal birth