It’s been more than two years since Kate Gosselin and her family of eight children have graced our television screens. Now, Gosselin admits she made some mistakes. 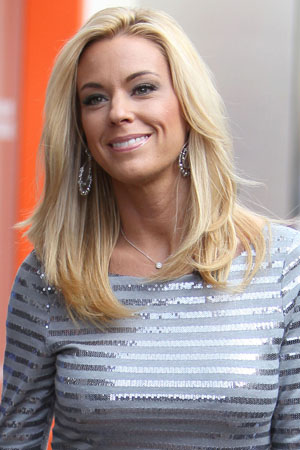 “I’m living very carefully these days,” the 38-year-old former reality star told People in a new interview, adding that she’s “piecing and patching together” a living from various projects.

It’s hard to tell what those projects are exactly. She did land a job as a celebrity blogger for CouponCabin.com last year, but she was fired in October 2012 after a “series of recent events” convinced the site owners that her personality didn’t “align with the authenticity” of the website.

“To not have a reliable income is scary,” the trained nurse said.

Her lavish spending — including rumored plastic surgery — and her divalike tendencies are blamed for the decline of her career and bank account. She admitted to People that yes, she was to blame for a lot of her behavior.

“I made so many mistakes, of course,” she said.

Kate Gosselin and the curious case of the wooden spoon >>

Gosselin is a trained nurse, but she’s made it clear that she’s not interested in venturing back into that territory.

“It was always my backup plan, but one day you realize your backup plan won’t work to provide for eight kids,” she said an October 2011 appearance on The View.

And, unfortunately, she can’t count on ex-husband Jon Gosselin to help out with cash: He was reportedly hit with a $39,000 tax lien earlier this year, according to papers filed in his home base of Berks County, Pennsylvania. We’re not exactly sure what he’s doing for work these days, though he was working in outbound sales a couple of years ago. It’s a far cry from his reality television heyday when he rented a luxury apartment in New York City and sported tons of Ed Hardy gear.

Win a date with Kate Gosselin >>

Like his ex, Jon is worried about his expenses.

“I don’t have a nanny, I do it all by myself,” he told a local newspaper, The Mercury, in July. “When I have custody, I have custody. Logistically, I have to drive to my former wife’s location. It’s about 26 miles to her house and back. It’s 52 miles just from here to there and back and then when I drop them off, it’s over 100 miles just for one night. Oh, yeah. I spend $300-$400 a weekend to feed everyone.”