Fans are eagerly awaiting photographs of baby North West. After her parents have refused offers, Kris Jenner teased an appearance on her talk show. Could the little girl finally make her debut on the cover of Vogue? 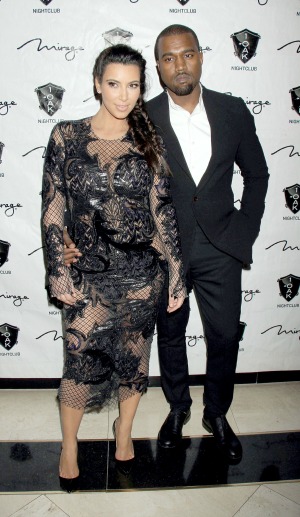 Hmmm, do you remember reading that North West’s baby photographs would not be for sale? Well, that may not be the case any longer as it seems that daddy Kanye West wants his little girl’s debut to be on the cover of the fashion magazine Vogue.

The rapper and Kim Kardashian have previously turned down up to $3 million from other magazines. However, the style guru is good friends with Anna Wintour and is trying to persuade her to put his girlfriend and their 2-month-old daughter on the cover.

You’ll probably remember that the editor-in-chief does not like Kardashian at all and had reportedly blocked the reality TV star from attending the prestigious Met Ball Gala — until she made her debut this year, thanks to her boyfriend’s connections.

A source close to West revealed to Radar Online, “It’s no secret that Kanye is a huge fan of fashion, Vogue and especially Anna Wintour.”

“But it’s also pretty well-known that Anna is no fan of Kim or any reality star appearing in the pages of the magazine. Kanye is determined to make sure baby North isn’t photographed by paparazzi then splashed across the world. He knows what he wants — a professional photographer and the cover of Vogue — nothing else. But clearly, trying to persuade Anna is going to be an uphill battle.”

While Wintour has not appeared to be enthusiastic about the idea, West remains optimistic and determined, and has reportedly even compiled a list of reader statistics to prove that Kardashian is popular among Vogue‘s readers.

West has also talked to respected photographers Annie Leibovitz and Mario Testino about shooting the exclusive spread of his family.

The source added, “Kanye is convinced that he’s going to make this happen.”

Many fans are eagerly awaiting the release of the little girl’s pictures, with Kris Jenner even teasing that her granddaughter would appear on her new talk show — that, of course, did not happen, so we’ll have to wait and see if Nori makes her debut in Vogue.