Kristen Bell’s a talented actress and a new mom. After giving birth to her daughter, there was something different about her body — or should we say voice? 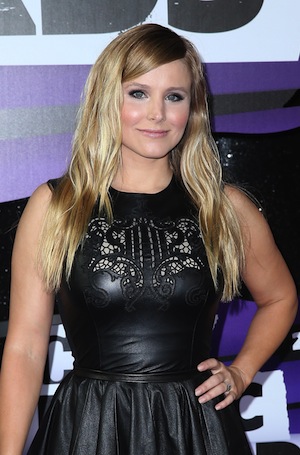 We all know that pregnancy’s a life changing event. After carrying a child, your body will never be the same. Celebrities have trainers, nutritionists and other gurus to get them back into shape. For the most part, they’re successful, but there are some things they just can’t help.

Actress Kristen Bell revealed something she noticed after giving birth. According to People, Bell says her voice changed. It got lower. How does she know this? She was pregnant while recording her voice for Disney’s upcoming animated film, Frozen. It was there that she and producers heard the difference.

“The pregnancy did change my voice. It made it deeper,” she says. “There were more womanly tones when I did one recording while I was extremely pregnant. After I had the baby, I had to go back and re-record those lines so they matched. There was something different about my voice.”

How would she describe the shift? Bell explains, “There was something more ‘Mommy’ about my voice and we had to fix it. I certainly didn’t intend that, and when you heard it, you couldn’t really place why it was different but it was. It was one of those hormonal things that happen, I guess.”

Ah, those dreaded hormones. The fluctuating bane of woman’s existence. You can hear what all the fuss was about when Frozen hits theaters Nov. 27.

Will you be checking out Frozen this fall?