Gia Allemand of The Bachelor franchise was hospitalized on Monday night. There is little information about her condition, but her friends are very worried. 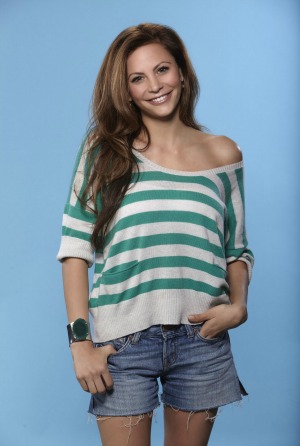 The Bachelor family was rocked on Tuesday when the news leaked that former contestant Gia Allemand was admitted to a New Orleans hospital in critical condition. The mystery surrounding her hospitalization has many worried about her health.

Her publicist released a vague statement saying she was taken to University Hospital “following a serious emergency medical event” that occurred on Monday night. The 29-year-old is surrounded by family including her mother and her boyfriend, NBA star Ryan Anderson. Anderson currently plays with the New Orleans Pelicans.

The statement continued with her spokesperson pleading for privacy for the reality star’s family. There was no further information on the emergency or her updated health status.

Allemand starred with Jake Pavelka on Season 14 of The Bachelor. He later admitted in an interview with Ryan Seacrest that he wished he had picked Allemand over winner Vienna Girardi.

Singles want Aziz Ansari to be the next Bachelor >>

Allemand went on to appear on the spin-off competition show, The Bachelor Pad. In the past few years, she has worked as a fitness instructor in the Louisiana area while still pursuing occasional entertainment opportunities.

Many contestants from The Bachelor franchise have tweeted their support for the ailing TV personality throughout the day, including Pavelka.

There was no further information available as of press time, but SheKnows will keep up with the story as it develops.