WIll Ferrell returns as Ron Burgundy this fall in Anchorman: The Legend Continues, but he wants to forever be remembered by writing a book about his life. 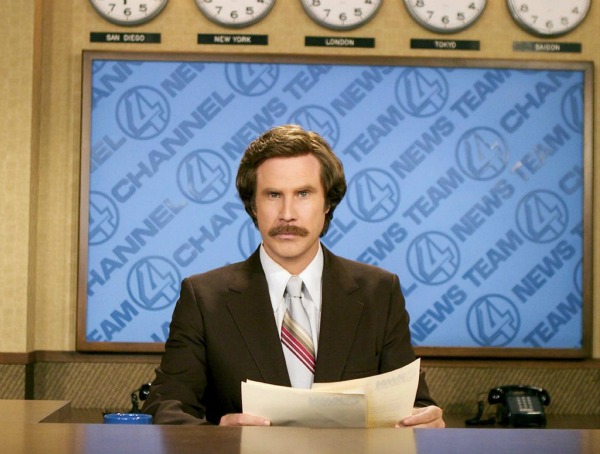 The news anchor who may be one of the most iconic (fake) people of this generation will have a chance to share a little more about himself. Ron Burgundy, whose life was portrayed in 2004’s Anchorman: The Legend of Ron Burgundy, will be given a chance to write a tell-all memoir.

Burgundy said in a press release that LET ME OFF AT THE TOP!: My Classy Life and Other Musings will include “never-before-told stories of… childhood” about “TV’s greatest news anchor,” according to USA Today.

“I don’t know if it’s the greatest autobiography ever written. I’m too close to the work,” the fictional Burgundy said, publisher Crown Archetype/Random House told Today. “I will tell you this much, the first time I sat down and read this thing, I cried like a goddamn baby, and you can take that to the bank!”

Burgundy is of course not a real person, but a fake book by a fake person seems to perfectly fit the Anchorman saga. The journalist, played by Will Ferrell, first appeared in 2004 but will be reprising his role this year in Anchorman 2: The Legend Continues.

“The list of legendary American broadcast news journalists is short: Edward R. Murrow, Walter Cronkite and, of course, Ron Burgundy,” said Mauro DiPreta, Vice President and Editor in Chief at Crown Archetype. “The printed page will allow Ron to tell his story in a much more intimate way. Let Me Off at the Top! will be a classic for years to come.”

The memoir will be released Nov. 19, just a month before the sequel to Anchorman hits theaters, on Dec. 20. It has been almost 10 years since the original, and the cast will include some new friends.

The Newseum in Washington, D.C. also announced they will be celebrating the iconic news team by exhibiting props, costumes and footage beginning Nov. 14.