Sandra Oh has been with Grey’s Anatomy for almost 200 episodes, but she’s decided to move on with her career after their 10th season. 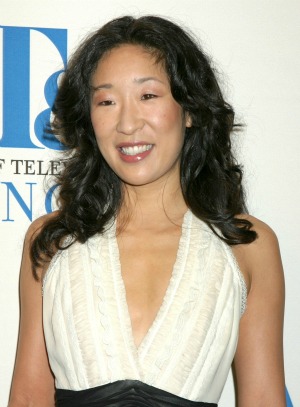 It has been a long road for Dr. Cristina Yang, but her time is coming to an end. Sandra Oh is one of the only remaining original cast members on Grey’s Anatomy, but the actress has decided to call it a day.

Oh told The Hollywood Reporter she will leave the show at the end of the upcoming season.

“Creatively, I really feel like I gave it my all, and I feel ready to let her go,” Oh told THR. “It’s such an interesting thing to play a character for so long and to actually get the sense that she wants to be let go as well. [Cristina] wants to be let go, and I am ready to let her go. We have to start the process, story-wise, for the Grey‘s writers to think of why she’s going to go.”

Oh signed a new two-year deal with the show in 2012, and said she began thinking of exiting around that time. While she is excited to move onto a new chapter in her career, it won’t be easy to let go.

“I’ve gone through a lot of therapy over this,” Oh explained. “I started thinking about it because I had to prepare myself. I gave myself two years to emotionally let go. At the end of last season, Shonda took me aside and said, ‘What are your thoughts?’ I said, ‘I’m ready.'”

The cast members who have made the leap have had varying degrees of success, but having the show on your resume never hurts. Grey’s Anatomy’s Shonda Rhimes isn’t happy with the news, but knows Oh wouldn’t take a decision like this lightly.

“It was one of those things where I so wished it wasn’t true for many reasons,” she told The Hollywood Reporter. “[But] I… know Sandra, and I know that it’s time for her to have new challenges. I get to have new challenges all the time because I get to create other shows, but she doesn’t get to do that, so I fully understood it.”

Oh and Rhimes both want to make sure Dr. Cristina Yang goes out in the right way, and are going to do what they can to make it the best season yet.

“I seriously think I need that much support over processing it over this next year for me to be able to leave fully and leave in a way that I feel like Cristina deserves,” Oh said. “For the first time, at least for my character, you actually have an endpoint, which in series television you never or very rarely have.”

As for the rest of the original six cast members, Rhimes said she has no idea if they plan to leave along with Oh. Each year there are plenty of new rumors, and Rhimes admits it’s always a possibility.