A film with an inside look at eight presidential administrations opens against a teen action comedy with lots of cursing. Should you throw down your $12 for a history lesson? Or for an irreverent costumed romp through the streets of New York? Tough call! 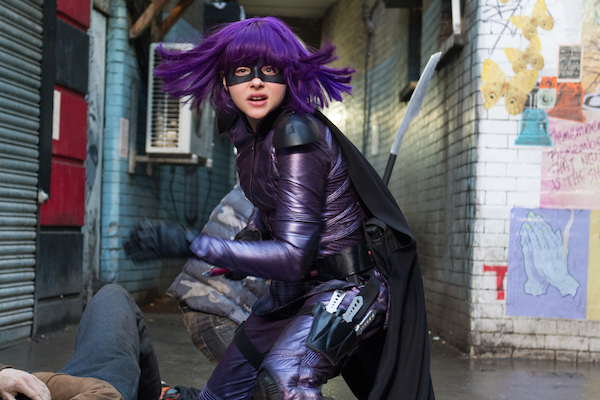 Chloë Grace Moretz is back as an awesome superhero in a purple latex getup. Her girl-fight for justice and foul mouth make her an intriguing role model for teen girls.

Aaron Taylor-Johnson as the title character Kick-Ass boasts more chiseled abs than we remember, but this adorkable nerd can’t make up for the mess of a meandering plot.

The comedy is there, the action too, but in fits and spurts. This is a teen franchise that will probably be less appreciated by adults and shouldn’t be shown to small children.

MaryAnn Johanson of FlickFfilosopher.com said, “Like a Comic-Con cosplay event gone horribly wrong, this poor excuse for an action comedy has nothing to say beyond a few expletives and nothing to offer but a shocking lack of appreciation for its own awful irony.”

Cath Clark of Time Out said, “You’ll still be laughing, but where Kick-Ass giggled at action cliches, this sometimes slips into them.”

Amber Wilkenson of EyeForFilm.com said, “The tone of Jeff Wadlow’s sequel flails about like a bar room drunk in a brawl — despite hitting out in all directions, very few of its punches strike their target.” 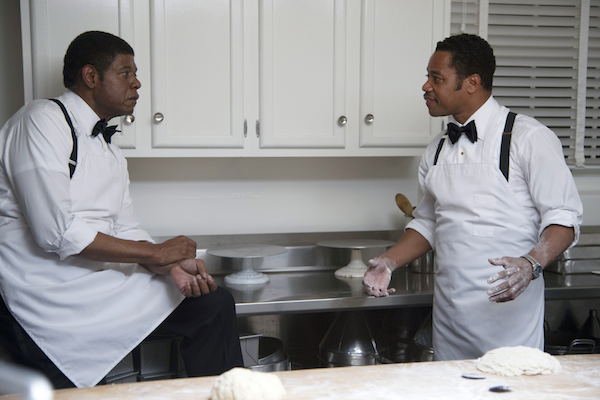 This is a powerful film about the Civil Rights movement and a history of being black in America as told through the eyes of a White House butler, played courageously by Forest Whitaker.

Oprah sizzles with pent-up frustration and boozy fits of anger and jealousy as she tries to understand her own place in society while her husband works long hours. Trying to raise two sons in Washington, D.C. isn’t easy in the 1960s, particularly as all the race rules are changing.

Though not a perfect movie, it delivers an emotional punch and will no doubt do well when Oscar comes calling.

Jocelyn Noveck of the Associated Press said, “Daniels and company may not have made a masterpiece, but they have made a film you should see.”

Joanna Langfeld of TheMovieMinute.com said, “No matter how you look at it, there’s no question this one delivers a strong punch to the gut.”

Stephanie Zachareck of VillageVoice.com said, “Sometimes it’s too didactic or sentimental. But unlike Daniels’s previous pictures, Precious and The Paperboy, it doesn’t pretend to audacious storytelling.”

You can check out my full review here.

The SheKnows movie winner of the week is Lee Daniels’ The Butler for its in-depth historical look at the Civil Rights movement.