Jennifer Garner is married to one of the only actors who matches her star power, but she wants to make sure she keeps her own identity and never becomes just the “wife of” Ben Affleck. 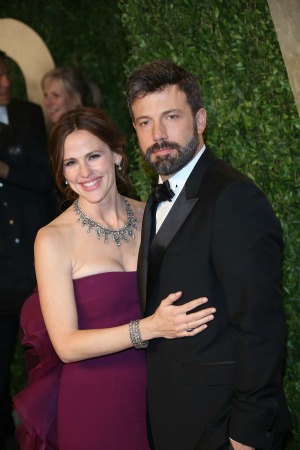 Jennifer Garner has worked with some of the best actors in Hollywood, but there is one A-list actor you will never (again) see her on screen with.

Garner spoke with Allure magazine about how important it is to her to keep her husband Ben Affleck out of her professional life.

“Really, you don’t want to see a couple onscreen,” Garner told Allure. “People see paparazzi shots of us together all the time. There’s no mystery. People are sick of us.”

Affleck and Garner did star alongside each other in Daredevil, but have been very rarely seen together in a professional setting (including premieres and award shows) since.

“It’s a very conscious decision,” she said of often attending red-carpet events alone. “Sometimes it’s a pain because my heels are so high and it would be nice to have his arm. And he’s such a great date! But it can be too much. I think especially for women, they can really lose their identity and just become ‘wife of.'”

Affleck and Garner have been married for eight years and now have three children together, but both of their careers are still as strong as ever. Garner has her choice of roles, and it has allowed her to stay away from any parts that have her in tight clothes, which means watching what she eats.

“There were times I had to watch every calorie that went into my body,” the actress said. “Doing something like that again… it’s not exactly on the top of my list.”

Garner will next be seen in the movie Dallas Buyers Club, and has three more films set to come out in 2014. After Argo and his Oscar, Ben Affleck seems to be taking it easy, but will be appearing in a few films in the next few years. Garner’s interview with Allure will be in their September issue, on newsstands Aug. 20.