It was the best of times, it was the worst of times. That’s how you could describe Mischa Barton’s stint on The O.C. The actress reveals why she’s not ready to reunite with her former co-stars. 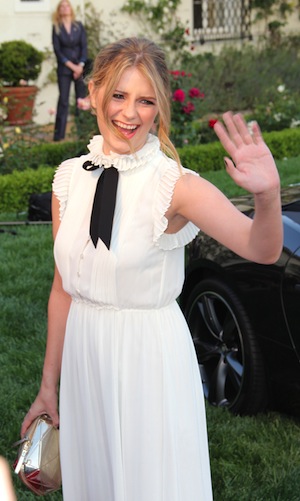 Last week, many of us took a walk down memory lane with The O.C. It was the 10th anniversary of the teen drama that introduced us to Benjamin McKenzie, Mischa Barton, Rachel Bilson and Adam Brody.

The O.C. ran for four seasons, but everyone didn’t stick it out. One of its breakout stars, Barton, ditched the series in season three. Her character Marissa was killed off and left millions shaken not stirred. It was a huge jolt to the system. Therefore, the show’s anniversary has sparked rumors of a possible reunion.

“You know — never say never,” Barton told Us Weekly. But don’t get your hopes up, the actress isn’t too optimistic at the thought of returning to The O.C. world.

“I think things have to feel right and it doesn’t feel right.” Barton’s had her fair share of ups and downs after leaving the show. It was her big break and a total whirlwind.

“Before The O.C. I was on track to do some great films as well, and one thing happens and then I got this mega-stardom all from this show, ” she explained. “It is what it is, but I’m not looking to get sucked back into the limelight of it.”

Barton also revealed that she hasn’t kept in touch with her O.C. pals. “I don’t,” she said. “I mean, I run into people every once in a while, but I’m doing my own thing. I work a lot, so I feel like I’m never around in [Los Angeles] and I know that Ben and Rachel work on shows here.”

We’re keeping our fingers cross. We’d kill to see the gang together again.