Drew Barrymore says when it comes to kids, why stop at one? The star wants more, more, more! 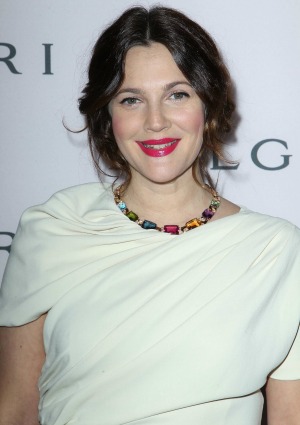 She already has a beautiful baby girl and a cute, artsy husband, but Drew Barrymore says it’s not enough — she wants more!

The actress/producer/director/all-around Hollywood superwoman, who is married to art consultant Will Kopelman, says the couple is eager to have more kids so little Olive won’t be lonely like Barrymore was when she was growing up.

“I was an only child, and it was lonely,” she said in the September issue of InStyle. “Some people love it and thrive on the independence, but I want my kids to have other kids around.”

“Maybe two kids so they can run around life together, roll their eyes at their parents together like Rusty and Audrey Griswold from (National Lampoon’s) Vacation. So however that’s going to come about, it’s gonna happen!”

Of course, it’s no secret that Barrymore herself did not have the happiest of childhoods. Although she was wildly successful onscreen, offscreen she began experimenting with drugs and alcohol at an early age with little parental guidance. She is determined to do better for her own children.

“I love the person who said, ‘Parenting is like wearing your heart on the outside of your body.’ It’s the most beautiful, perfect analogy,” she said. “I have anxieties about how much I’d like to get it right, making sure I provide her with an environment that’s safe, nurturing and loving. And silly and free, also consistent and grounding.”

“Then I just have the same typical fear every other parent has: Are they going to fall down?”

Read the complete interview with Drew Barrymore in the September issue of InStyle.