First Lady Michelle Obama is set to release a hip-hop album as part of her “Let’s Move” campaign to help fight childhood obesity. 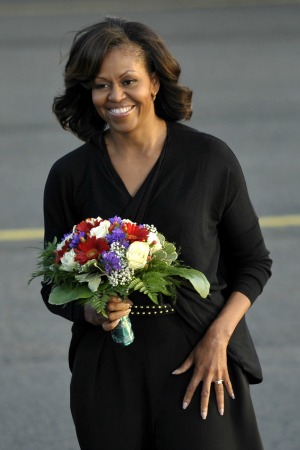 One name you might never expect to be associated with a hip-hop album would be First Lady Michelle Obama, but that assumption is about to change. The NY Daily News reports that the first lady is going to be releasing a hip-hop album that will focus on helping kids to eat healthy and exercise.

The first lady will release the album as part of her “Let’s Move” campaign. The 19-track collection will feature singers such as Jordin Sparks, Ashanti and DMC, and will be titled “Songs for a Healthier America.” The album is set to be released next month and will help pass on messages to kids about eating healthy and exercising regularly.

While she’s a big part of the campaign, don’t expect Mrs. Obama to do any rapping on the album. The first lady has decided to leave that part of the job to the experts. But she does appear in the album’s first music video. The video is for a song called “Everybody” by Jordin Sparks and in it, the first lady can be seen speaking at a press conference about the issue of childhood obesity. The song, which was released on Tuesday, also features other celebrities and singers, including Doug E. Fresh and Dr. Oz.

The first lady formed the “Let’s Move” program in 2010 to help fight childhood obesity and it looks like having an album full of energetic songs will help the issue a lot.

Drew Nannis, the chief marketing officer for Partnership for a Healthier America, an independent group that is also working to solve the serious issue, said, “The simple act of getting up and dancing is really a great way to be active. We are bringing together music and physical activity in a way we felt more people could identify with.”

Working together, the organizations plan to release a total of 10 music videos from the album by next summer. The videos will then be distributed to schools in New York and other large cities. The full album will be available to download for free beginning on Sept. 30.

Though hip-hop music may be a part of the album, it will feature songs from other musical genres as well, such as pop and country. Some of the song titles include “U R What You Eat,” “Veggie Luv,” “We Like Vegetables,” and “Get Up, Sit Up.”