Some members of the Las Vegas police department may end up in trouble after taking part in an elaborate proposal for Guns N’ Roses guitarist Daren Jay “DJ” Ashba. 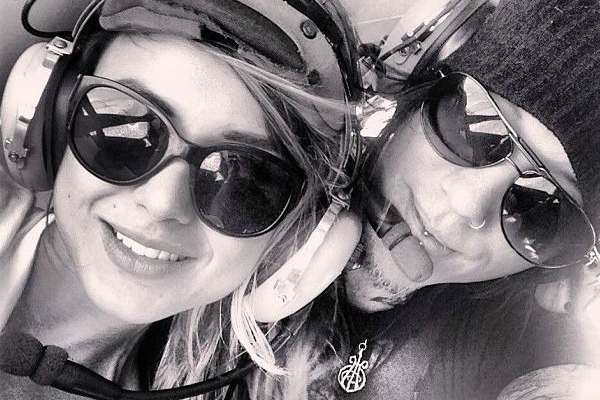 It looks like a grand romantic gesture may end up getting some people in trouble. On Saturday, Guns N’ Roses guitarist Daren Jay “DJ” Ashba posted a photo on Instagram of himself and his girlfriend in helicopter headgear, thanking the Las Vegas police department for helping him propose.

Here’s the message Ashba posted with the photo:

“That was the most incredible day of our life!! Special thx to the Las Vegas Police Dept. for the most amazing helicopter private tour over Vegas! We landed in a field at Police headquarters were I had a table set up covered in roses n a bottle of the bubble stuff for@naty_yummi8 as we walked up to the table@karikaisner slipped me the ring, and that’s when I proposed! It was beautiful she didn’t expect a thing, it was magical. And thanks to our good friends for helping making it all happen!!”

Unfortunately, Ashba’s gratitude toward the LVPD may end up causing trouble for those involved in the proposal stunt. The Associated Press reports that members of the Las Vegas police department are now investigating the incident to find out if employees went too far to help Ashba with his romantic gesture.

Following Ashba’s post, Las Vegas police issued a statement acknowledging that two civilians did get a ride-along in a helicopter. Although they didn’t mention names or give any specific details, it appeared the statement was regarding Ashba and his fiancée.

A spokesman for the department, Bill Cassell, said, “An internal affairs investigation has been initiated to determine if any department policies or regulations were violated in granting this ride-along.”

Apparently, part of the issue with the proposal stunt could be the fact that the police department is already having issues with low funds and, well, helicopter rides aren’t exactly cheap.

One Instagram commenter, who goes by the handle mjmannino8, even made note of the irony. “It’s nice to know that Clark County (which includes Las Vegas), might raise the sales tax to pay for extra cops to give private helicopter tours for wealthy celebrities,” he wrote.

Oprah: Sorry my Pretty Woman moment got blown up
POLL: Is Lindsay Lohan the next Robert Downey Jr.?
Kourtney Kardashian issued with an ultimatum