Oprah says she’s sorry she ever revealed her racist, classist moment in a Swiss purse shop, but insists it did happen despite the saleswoman’s denial. 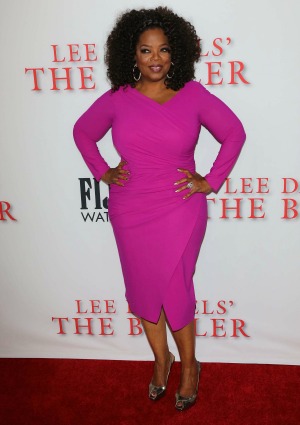 Did Oprah’s Pretty Woman moment happen or not? The Butler star claims a saleswoman at a Swiss purse shop refused to show her a $38,000 handbag because the saleswoman assumed that because of her race an unrecognized Oprah couldn’t afford it, but the shop girl is refuting her claims.

Now, Oprah says she is sorry the whole thing has become some major international incident, but it did happen just the way she said.

But she reiterated the details of that day and insisted she was discriminated against.

“I’m in a store and the person doesn’t obviously know that I carry the black card and so they make an assessment based upon the way I look and who I am,” she said.

While Swiss officials have apologized for the incident, Oprah said that was so not necessary.

“It’s not an indictment against the country or even that store,” she said. “It was just one person who didn’t want to offer me the opportunity to see the bag. So no apologies necessary from the country of Switzerland. If somebody makes a mistake in the United States do we apologize in front of the whole country? No!”

Watch Oprah explain the incident at the premiere of The Butler