It seems despite her troubled past and the enemies she may have made along the way, fans and celebrities alike are rooting for a Lindsay Lohan comeback. Can she do it? Another previously troubled actor, Robert Downey Jr., defined what a comeback looks like, and the comparisons between the two talents is startling. 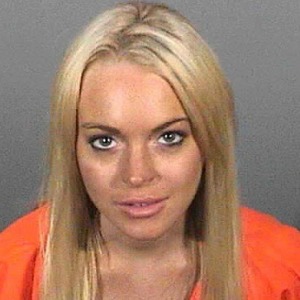 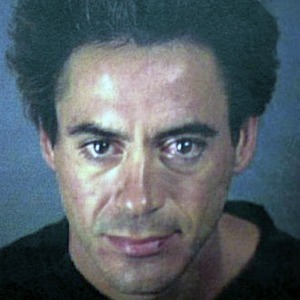 Back in the ’90s, Robert Downey Jr. went to rehab several times, and Lindsay Lohan has been a staggering six times! Her latest 90-day treatment at the Betty Ford Center ended recently. Interestingly, both actors have made reference to their fathers being at the root of their drug problems. Downey said he started doing drugs with his dad when he was 8 years old, and Lohan told CNN’s Piers Morgan that she didn’t like heavy-hitting drugs like cocaine and heroin because they reminded her of her dad.

Both Lohan and RDJ have been considered for Woody Allen movies. Ten years ago, RDJ was considered for Allen’s Melinda and Melinda, but the production company was unable to obtain insurance for the troubled actor. Lohan made headlines when she met with Allen last summer. Allen explained to Access Hollywood, “I wouldn’t hesitate to use her in a movie because she’s a very talented girl. If there was some legal reason I couldn’t cast her, that would be a different story, but it would not concern me personally, no. I think that she’d be just fine and she’d do a great job.”

In 2004, Downey released an album, The Futurist (who knew?), which landed him on Oprah. Many chronicle this event as a turning point for RDJ. Snippets of Oprah’s exclusive post-rehab release interview with Lohan reveal Oprah’s grilling questions and Lohan’s seemingly genuine responses. The latest teaser has Lohan admitting, “I’m my own worst enemy and I know that.” The interview airs on OWN Aug. 19. The two have also partnered up for a eight-part documentary profiling Lohan’s post-rehab life that will air in 2014. Lohan’s mother, Dina, told the New York Post, “If there’s any mentor you could choose, there’s nobody better than Oprah. This is a great opportunity for Lindsay. We are all very excited about it.”

Even though he was a fan favorite, an arrest in 2001 got Downey fired from the set of Ally McBeal. Lohan has also had her share of termination rumors, most recently on the set of her latest movie The Canyons. She was late the first day for rehearsal and given the proverbial pink slip. We know now that she was given a second chance (or third, or fourth depending on who you talk to). The New York Times published stories of troubles on set that involved Lohan disappearances, $46,000 hotel bills, late-night parties with Lady Gaga and Lohan’s refusal to disrobe — though she was contractually obligated to do so. Screenwriter Bret Easton Ellis told Rolling Stone, “The New York Times got it totally right. It was actually much worse than how it was reported. It was much more emotional and draining.” 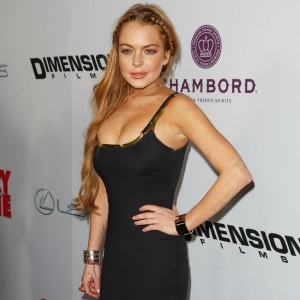 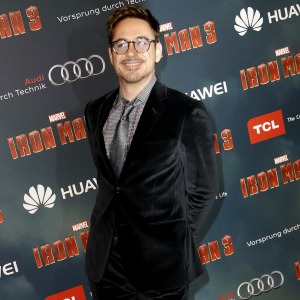 Last month, Time magazine reported that Downey is Hollywood’s highest-paid actor (thanks to the Iron Man and The Avengers franchises). That might make RDJ Hollywood’s biggest comeback kid ever. So can Lohan pull a RDJ and make that kind of comeback? Another comparison to be made between these two talents is just that — for all the tales of woe and the frustration of production companies they’ve worked with, the consensus is the same — they are both incredibly talented people. So will Lohan’s talents win out over her predisposition for drama? Lord, we hope so!