One Direction enjoyed a visit from an “absolute legend” recently while performing on the U.S. leg of their Take Me Home Tour. 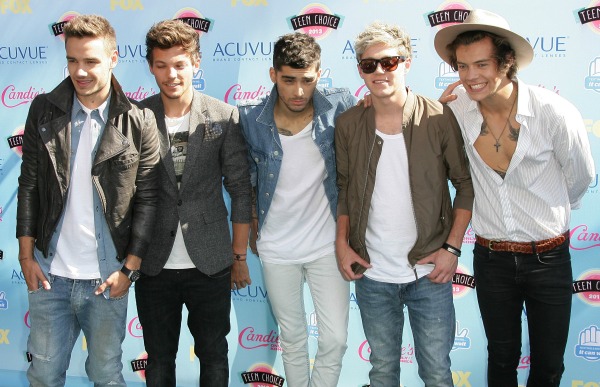 The One Direction heartthrobs were in Los Angeles last Wednesday to kick off four nights at a 20,000 capacity Staples Center when they happened to meet up with soccer star David Beckham.

The soccer star had planned to take his children — sons Brooklyn, 14, Romeo, 10, Cruz, 8, and 2-year-old daughter Harper — to meet the teenage singers backstage at their concert.

One of the members of the band, however, was more excited to meet Beckham — than his children, who he shares with former Spice Girl Victoria Beckham — would have been to meet the One Direction!

Soccer fan Niall Horan wrote on Twitter: “Met our footballing hero! Mr David Beckham! He brought the boys and his little girl to see us! What a Nice Man! So courteous! (sic)”

Underneath a picture of the two of them together, he added: “what a great guy! Great t[o] meet him! absolute legend! (sic)”

However, soccer fanatic Louis Tomlinson unfortunately missed out on meeting his legend, after having previously confessed that he would love to meet David Beckham.

Tomlinson tweeted: “Gutted I didn’t get to meet Beckham yesterday :(“

One Direction consists of members Tomlinson, Liam Payne, Niall Horan, Harry Styles and Zayn Malik, who were all very happy to be back in Los Angeles to perform for their grateful and excited American fans on their U.S. leg of their Take Me Home Tour.