Charlotte Church is now all grown up and still making music, but said she would rather “poke my eyes out with a stick” than join The X Factor. 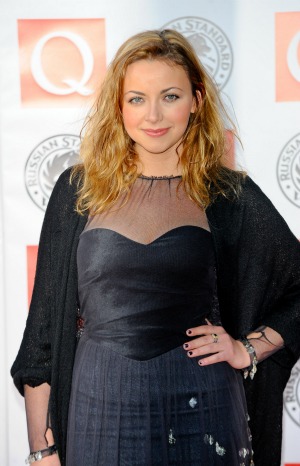 Charlotte Church paved her way to fame in an innovative way in the days before reality singing shows and YouTube.

But the singer, who is now 27, has turned down a show giving dreams to singers just like her. Church decided to close the door on any possibilities of joining the U.K. version of the The X Factor. And we mean any possibilities.

“I got asked to do the X Factor job,” Church said last week, according to Yahoo. “I’d rather poke my eyes out with sticks than be a part of the machine that kills music.”

Charlotte Church’s career was “destroyed” by the press >>

Church was discovered when she was only 11 years old after calling a TV show and singing an Andrew Lloyd Webber classic over the phone. She quickly rose to fame as a classical artist before eventually branching into pop music.

Some of Church’s Twitter followers responded to her comment about Simon Cowell’s singing show, asking her to elaborate.

“I had a meeting to ask about the level of involvement in the creative process I could have, and they basically said none unless it was in line with what was required,” she explained. “I wanted to see just how hard line it was. I found my answer and politely declined.”

The X Factor, which is not afraid to get rid of people they feel aren’t working (singers and judges alike), has never exactly been known to keep their opinions to themselves, and a source from the show reportedly responded to the actress in the Sunday Mirror.

She’s back! Demi Lovato is sticking with The X Factor >>

“She met producers at the beginning of the year, but it was a very brief chat and they decided not to progress things,” the source said. “It was clear straightaway that she wasn’t right. She was, quite frankly, boring and she was never high on the priority list as there were far bigger names producers were looking at.”

The U.K. version of the show recently lost one of their other judges when Louis Walsh announced he wouldn’t be returning. That leaves Sharon Osbourne, Nicole Scherzinger and Take That singer Gary Barlow on the U.K. panel, and at least two of the three have busy careers outside the show.

As for Church, she will be just fine without the show. Her new album Three will be out Aug. 19.