A judge has thrown out a racial discrimination case against Paula Deen, but the disgraced cooking icon is not out of hot water quite yet. 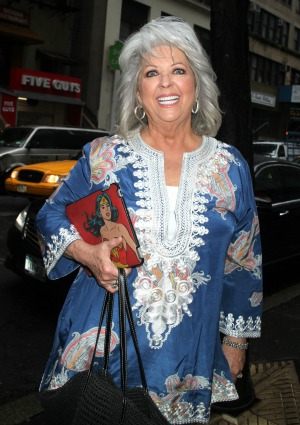 Paula Deen finally caught a break today after a judge threw out a race discrimination case that killed her career.

The Food Network star and her brother, Bubba Hiers, were accused of racial discrimination by former employee Lisa Jackson last year. Jackson claimed she was subjected to racial slurs and discrimination during her five years of employment at the siblings’ restaurant, Uncle Bubba’s Seafood and Oyster House.

U.S. District Court Judge William T. Moore Jr. decided that Jackson, who is just as white as Deen and Hiers, had no grounds for a racial discrimination suit.

It was during a deposition in this case that Deen admitted to using the N-word in the past — a confession that, once made public, cost the cook a huge chunk of her empire, including multiple endorsement deals.

“We are pleased with the court’s ruling today that Lisa Jackson’s claims of race discrimination have been dismissed,” Deen’s rep told People magazine in a statement. “As Ms. Deen has stated before, she is confident that those who truly know how she lives her life know that she believes in equal opportunity, kindness and fairness for everyone.”

Jackson’s sexual harassment claims were not affected by the judge’s ruling and that portion of the case will still move forward.