Lindsay Lohan is taking advice from anyone in Hollywood who is offering it up to her. The latest celebrity to help her out is Oscar-winner Ben Affleck. 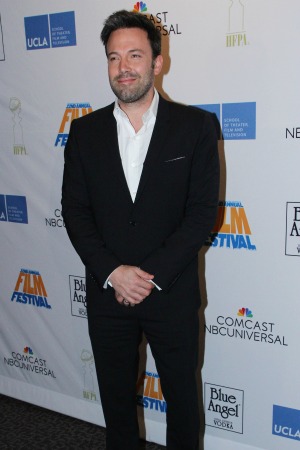 All eyes are on Lindsay Lohan as she slowly makes her way back into Hollywood’s good graces after her latest stint in rehab. She seems to be trying hard to keep on the straight and narrow as she takes advice from many of Tinsel Town’s biggest players.

Lohan first listened to Oprah Winfrey after their sit-down interview and cancelled her month-long trip to Europe. The Canyons actress was going to treat herself to the transatlantic trip as a reward for completing 90 days at Cliffside Malibu.

However, Winfrey advised that it was too big of a temptation for someone trying to stay sober. Incredibly, Lohan heeded her advice.

On Monday, TMZ revealed another celebrity stepped forward to help out the 27-year-old, Oscar-winner Ben Affleck. Reportedly, he stopped by the Los Angeles rehab facility to offer his support and guidance in staying sober in Hollywood.

Affleck had his own visit to rehab back in 2001 and has kept out of trouble ever since. He also knows how to maneuver a comeback in the entertainment business. A source told the gossip site that the director believes in her talent and that she can turn her life around.

This meeting at Cliffside Malibu is also where many of the rumors about Lohan starring in Affleck’s next film, Live By Night, began. He is not offering her a role in the film, he’s only offering her some sound advice.