Vin Diesel may have found his way into one of Marvel’s biggest films. The actor could put his voice to work for Guardians of the Galaxy. 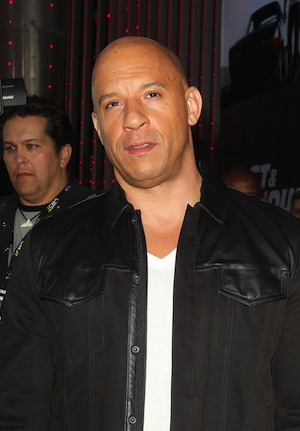 Vin Diesel really knows how to keep us wondering. After months of speculation, it looks like he may join the cast of Marvel’s Guardians of the Galaxy. Nothing’s set in stone, but at last month’s Comic-Con Diesel teased an upcoming announcement from him and the studio.

In July, Diesel wrote on Twitter, “Marvel meeting today… Only the people in the room can tell you what was discussed… P.s. Thanks to Our page, for pushing to make it happen… you know I get tunnel vision with my work… and after that meeting today… wow!”

As you may expect, fanboys went wild trying to decipher who Diesel could play. On Facebook, the actor posted photos of various Marvel characters from The Avengers to Groot. The latter is a tree-like alien who’ll appear in next year’s Guardians of the Galaxy.

According to the Los Angeles Times, Diesel is in talks with Marvel to voice Groot in the film. The character’s a CGI creation, which already appeared in the Guardians‘ Comic-Con footage. That’s where lucky fans got their first look at the intergalactic heroes.

The Guardians of the Galaxy are like The Avengers but in space. The cast includes Chris Pratt, Zoe Saldana, Dave Bautista, Benicio del Toro, Glenn Close, Michael Rooker, Karen Gillan, Djimon Hounsou and Lee Pace. That’s not a bad bunch to join.

What do you think of Diesel possibly joining the cast?