Did Oprah make up a racist experience at a purse store, or was something lost in translation? 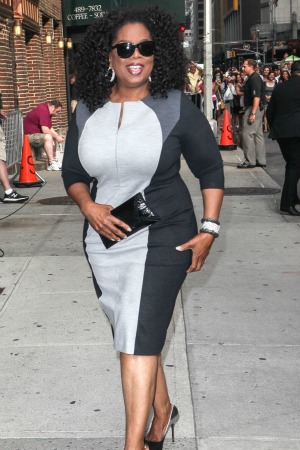 A shop assistant accused of racism by Oprah claims nothing of the sort ever happened and is hitting back with her version of events.

When Oprah told the story, she said the saleswoman would not show her the five-figure bag, claiming she couldn’t possibly afford it, and implied it was because of her skin color.

But the associate at Trois Pommes, who chose to remain anonymous, told Swiss newspaper SonntagsBlick it did not go down like that.

“I explained to her the bags came in different sizes and materials, like I always do,” she told the paper. “She looked at a frame behind me. Far above there was the 35,000 Swiss franc crocodile leather bag.”

“I simply told her that it was like the one I held in my hand, only much more expensive, and that I could show her similar bags. It is absolutely not true that I declined to show her the bag on racist grounds. I even asked her if she wanted to look at the bag.”

“She looked around the store again but didn’t say anything else. Then she went with her companion to the lower floor. My colleague saw them to the door. They were not even in the store for five minutes.”

“This is not true. This is absurd. I would never say something like that to a customer. Really never,” she said of the charges of racism. “Good manners and politeness are the Alpha and the Omega in this business.”

“I don’t know why she is making these accusations. She is so powerful and I am just a shop girl. I didn’t hurt anyone. I don’t know why someone as great as her must cannibalize me on TV. If it had all taken place as she claimed, why has she not complained the next day at the wedding of Tina Turner with Trudie Goetz, my boss? She was there also at the Turner wedding as a guest. I don’t understand it.”

So why is there such a wild discrepancy in the stories of the two women? Perhaps a language barrier got in the way.

“I spoke to Oprah Winfrey in English. My English is OK but not excellent, unfortunately,” the saleswoman said.

“I would apologize and say it was all a misunderstanding. I surely did not intentionally want to insult Ms. Winfrey. I hope this nightmare ends soon.”

Tell us: Do you believe Oprah or the saleswoman?