Dutch Prince Friso has died nearly 18 months after an avalanche left him in a coma. 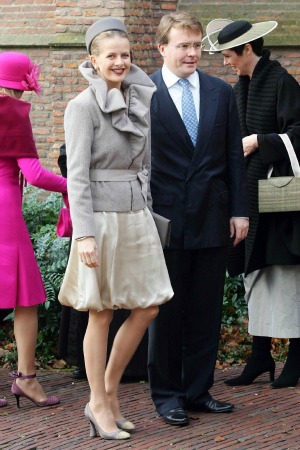 Nearly 18 months after an avalanche during a ski trip left him in a coma, Prince Johan Friso of the Netherlands has died. He was 44 years old.

In February 2012, the prince was skiing in Lech, Austria when an avalanche left him buried for 20 minutes. Although he was resuscitated at the scene, neurological testing showed that after 50 minutes of CPR and moderate hypothermia the prince suffered massive brain damage due to oxygen deprivation and never regained full consciousness.

The Dutch royal house confirmed Prince Friso died of complications from the accident and said he never regained more than “minimal consciousness,” but declined to give more details.

Despite his long coma, his death “still comes as a shock,” said Prime Minister Mark Rutte. “Prince Friso was only 44 years old, and until the ski accident, in the prime of his life.”

Born in 1968 to the then Princess Beatrix and Prince Claus, he was second in line to the Dutch throne until a scandal involving his wife, the former Mabel Wisse Smit, rocked the royal house.

Originally seen as an ideal fit for the royal house, upon their engagement it soon came to light that Wisse Smit had an unsavory association with an infamous crime lord in college. The then Prime Minister Jan Peter Balkenende refused to propose the necessary law to admit Friso’s wife-to-be into the royal house, and so the couple wed without parliamentary approval.

What’s in a name? The history behind Prince George Alexander Louis >>

As a result, Friso was cut from the royal house and line of succession, although he and Wisse Smit were still considered members of the royal family and given the honorific titles of Prince and Princess of Oranje-Nassau. The pair resided in London with their two daughters, Countess Emma Luana Ninette Sophie and Countess Joanna Zaria Nicoline Milou.