One of the highlights from last weekend’s Disney D23 Expo was the appearance of one of Hollywood’s biggest stars. Angelina Jolie showed up to talk about Maleficent. 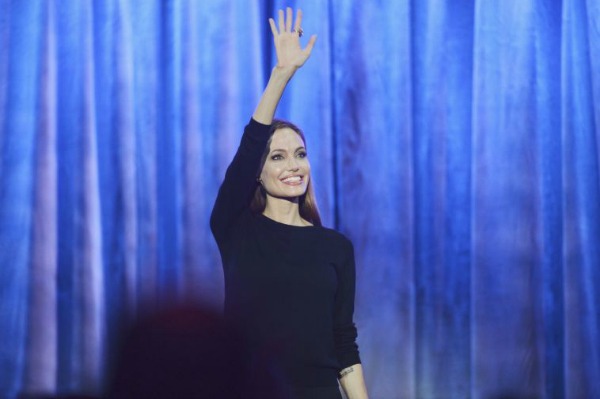 The audience at Disney’s D23 Expo fan convention in Anaheim, California, got a huge surprise on Saturday. The company was presenting its upcoming slate of live action films to get the Disney enthusiasts excited about what they will be seeing on the big screen, and after presentations for movies like Thor: The Dark World with Natalie Portman in attendance and Muppets Most Wanted with Modern Family actor Ty Burrell, the finale’s star had the audience in hysterics.

Angelina Jolie uses her film to fight against sexual violence >>

Angelina Jolie took to the stage to talk about Maleficent, the highly anticipated film opening in theaters on July 2, 2014. Jolie will play the title role in the movie, which features the untold story of the villain from the 1959 classic Sleeping Beauty.

The film also stars Elle Fanning as Princess Aurora, and the cast includes one other member of the Jolie-Pitt family: Vivienne. She plays the toddler Princess Aurora. The press made quite a fuss over the then 4-year-old’s $3,000 weekly paycheck, which is scale according to the Screen Actor’s Guild but is more than the average person earns in a week. 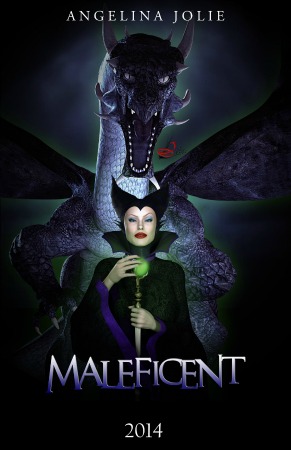 The 38-year-old Angelina introduced a few clips to the captive audience and spoke about how thrilled she was to join the biennial convention.

How celebrity moms have kids and careers >>

Jolie also talked about one of the most iconic parts of her costume, those Maleficent horns.

The mother of six shared, “I miss them. I love them.”

The horns were quite intimidating to the younger set once they were paired with her dramatic cheekbones, red lips and glowing, evil eyes.

She laughed, “People with little kids would visit the set, and I would think, ‘I’m a Disney character,’ and I would go over to the children, and they’d scream and run off. One little kid even said, ‘Mommy, please tell the mean witch to stop talking to me.’ I guess we did a good job.”

The only one who wasn’t frightened was her own daughter. At least the tiny actress didn’t scream at the sight of her mother.

One perk for the rest of the Jolie-Pitt kids while their mom worked at the D23 Expo? Free admission to Disneyland.

Jolie shared, “They are playing at the [theme] park now.”