One Direction is still relatively new to the scene, but they’re certainly not a run-of-the-mill band. Check out these surprising similarities between One Direction and one of the most influential bands of all time, The Beatles. 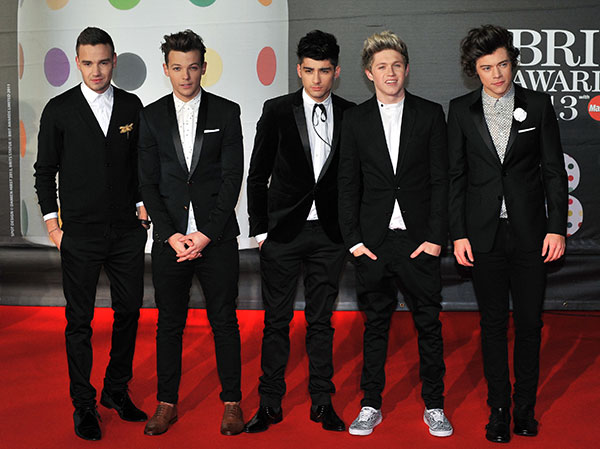 One Direction is still relatively new to the scene, but they’re certainly not a run-of-the-mill band. Check out these surprising similarities between One Direction and one of the most influential bands of all time, The Beatles.
1

The (re)emergence of leading lads

The Beatles are considered by many as the first real band comprised of dreamy guys. They garnered the love and respect of a generation of young people, many of whom had affection for a favorite band member. Many copycat groups followed, including extremely popular bands like The Who, The Monkees, NKOTB and the Backstreet Boys. But bands composed only of talented lads fell out of favor in the early 2000s. One Direction is considered by many as the re-emergence of the popular trend.

The Beatles were known for many things, but you can’t deny that one of those things was their hair. In fact, their style was so popular that the mop-top cut they sported became known as “The Beatle.” The lads of One Direction may not have a cut named after them (yet!), but teenage girls everywhere have followed the evolution of their luscious locks since day one. There’s not a young girl in America that wouldn’t give anything to run her fingers through that perfectly coiffed hair.

Inspired by the King

Both One Direction and The Beatles have named Elvis Presley as a major musical influence. John Lennon was famously affected by Elvis Presley’s controversial presentation and stage presence, and One Direction went so far as to salute Elvis in their music video “Kiss You.”

In 2010, the men of One Direction were just five solo competitors on the X Factor, and by 2012 they were known worldwide. The Beatles were actually a little slower at obtaining international acclaim, but within three years of their formation, they were known and loved worldwide.

The Beatles represented the beginning of a wave of British influence in 1960s America, because they were the first component of British pop culture to gain hold of the American psyche. British influence slowed down by the late 1970s, but critics now contend that One Direction started another British invasion with their debut.

So how did these Brits (and one Irishman, in the case of One Direction) gain a foothold in America? Both bands ingeniously used the media of their day to earn popularity and acclaim. The Beatles made their American debut on the popular Ed Sullivan Show, using television to gain an audience. One Direction won the love of fans both through their music and their use of social media to directly interact with their audience.

Bands like The Beatles and One Direction are what they are, in part, because of the crazed affection of young female fans. Girls in the 1960s often had a favorite Beatle, just like One Direction fans today often have special affection for Niall, Zayn, Liam, Harry or Louis.

Unfortunately, The Beatles parted ways in 1970 to pursue solo projects after a wildly successful career together (thanks, Yoko Ono). One Direction, on the other hand, was only formed because each member of the band initially pursued solo success on X Factor prior to joining forces with one another.