Warning: Spoilers ahead for The Newsroom‘s Season 2 episode “News Night with Will McAvoy.” 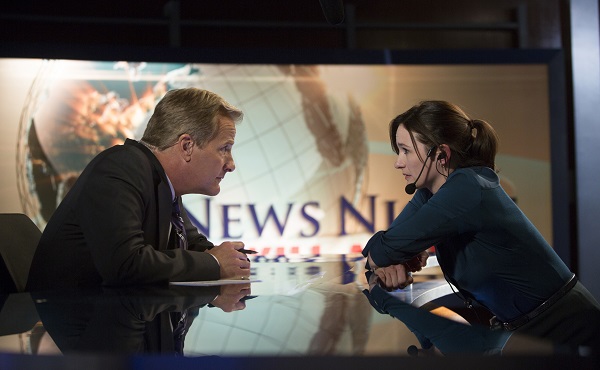 This week, we return to the newsroom after last week’s time spent in Africa. While (of course) things happened with all members of the News Night team, there were two standout moments in this week’s episode of The Newsroom: Will McAvoy tweeted, and Sloan Sabbath got naked.

Here’s the thing about Will McAvoy (Jeff Daniels): At the end of the day, he really does care about what people think. If he didn’t, he wouldn’t have backed out for the 9/11 anniversary so easily. If he didn’t, he wouldn’t have worked so hard at appeasing Nina Howard. Not to mention that time he put himself in the hospital due to a wrong mix of medications. Will can act like the bada** news anchor who goes against the grain all he wants, but at the end of the day, it’s no fun being hated — especially when someone is dragging your name through the dirt for something you didn’t do or didn’t mean to do.

Such is the case this week when a New York Post writer takes to Twitter after she was “snubbed” by Will. The tweet gets picked up by Buzzfeed (and then everyone else), and before they know it, the News Night team has another fire to put out.

As if the Twitter hate weren’t enough, we end with more bad news for Will. After ignoring an incoming call from his father earlier in the episode, Will finally calls him during a commercial break. His sister answers and says Will’s father has died.

Everything The Newsroom taught us about the media >> 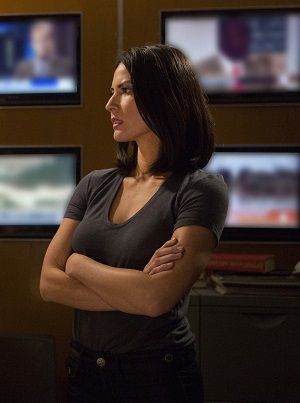 Sloan Sabbath (Olivia Munn) sure knows how to pick winners, right? As Will deals with a Twitter feud, Trayvon Martin and Tyler Clementi, one more big story hits the fan — and it involves one of News Night‘s own. After a little too much to drink, Sloan became comfortable enough with a man she was dating to let him take some risque pictures of her. Soon, she decided it just wasn’t working out, and she broke up with the man.

Despite seeming like a normal human being, the ex sought his revenge by posting the scandalous pictures of Sloan all over the internet. Of course, they’re trending. By the end of the episode, though, Sloan gets her revenge: She has the man pulled out of a meeting, punches him and then takes a picture. She reached the “rage phase,” and between her embarrassed phase and the rage, Sloan needed a place to hide. She found it in Don’s office.

While many viewers are getting tired of nothing happening between the two characters despite their obvious attraction, their awkwardness is realistic. They’re taking it slow and making sure it’s worth the potential stress to their work relationship before finally owning up.

Where will it all end for Season 2? The Newsroom predictions >>

It’s probably also a good time to mention that as of this week, Maggie’s hair is still long and blond. The show’s storyline jumped ahead by several months, but we haven’t reached Maggie’s full-on potential for crazy yet. We know this because she’s still sporting her normal hair. We do know, however, that she’s spinning out of control rather quickly. During an already intense moment for Maggie, Jim lays into her about how she’s taken to staying out late and partying and how she likes to bring home the occasional guy. First, it’s hard for Maggie to want to be home before her roommate when things are still intense between them after the weird love triangle they had with Jim. Second, after everything Maggie went through in Africa, she’s clearly having a hard time dealing. Being alone at night is no longer an option for Maggie, and partying seems like a good escape. (So lay off, Jim.)

—Mack got preachy on a gay kid who wanted to use News Night (and the Tyler Clementi story) as a way to come out to his parents and millions of viewers.

—Hallie and Jim are officially dating.

—While cutting the 911 call for the Trayvon Martin segment, Maggie had very little time (and Jim on her back). She cut out the operator’s question of his race, so when Zimmerman offered the information, it seemed more racist. Maggie was accused of cutting it that way on purpose.

—Despite already knowing that the Genoa Tip was false, the group got more evidence in support of it this week.

That’s it for this week!

For more TV news, check out our newsletter >>