You never know what to expect with the Teen Choice Awards, and this year was no different. There was music, celebration and sorrow. Whose appearances will be remembered? 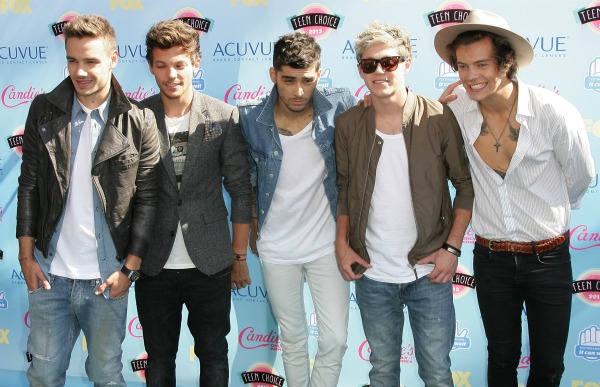 The 2013 Teen Choice Awards were a little strange, to say the least. With the long list of awards and only two hours slotted for the show, the rushed feeling was inevitable.

The show started with a performance by One Direction, who sang their song “Best Song Ever.” It appeared that a majority of the teens in the crowd were there simply for the group, and it was a good way to begin.

Hosts Lucy Hale and Darren Criss started the show off with a fairly awkward introduction, but it was entertaining enough to set the mood for the night.

“It’s always great when One Direction opens for you,” Criss said when he came out on stage.

With so many different awards to announce, they couldn’t possibly get to all of them, so they announced multiple awards at once. When a group with multiple wins was up on stage, the hosts would read each one the group had won. Or when a TV show won an award, the hosts would read the awards each actor had won for the night. It caused some confusion, but with the number of awards to announce, it was realistically the only way to read most of them.

Demi Lovato showed up to introduce the presenters for the Acuvue Inspire Award, an honor she won two years ago. Nick Jonas won this year for the numerous charitable events he is a part of.

The pivotal moment of the night came when Glee won the award for Choice Comedy TV Show. The entire cast came onstage, accepted the award and honored their former cast mate, Cory Monteith. They spoke of his love and passion, and when their time was up, they invited another friend onstage.

Lea Michele walked out to the surprise of almost everyone there. The actress hasn’t been out in public much since Monteith’s death. She was already crying when she got to the microphone, and she thanked the fans for their support.

“I just wanted to be here today to personally thank all of you and tell everyone out here how much all of your love and support has meant to me over these past few weeks,” she said. “For all of you out there who loved Cory as much as I did — I promise you we’ll get through this together.”

There were many other performances throughout the night, including those from Nelly, Demi Lovato, Paramore and One Direction. One of the highlights came when Lovato announced that Nick Jonas was onstage as her drummer.

What, exactly, are teens learning from Teen Choice–nominated shows? >>

Ashton Kutcher won the Ultimate Choice Award, which was a sort of lifetime achievement award for the show. He gave an inspiring speech about what success means and how to get there. The two points that may stick with his fans were that getting a job looks a lot like being lucky (signifying hard work is what makes people successful) and that the most sexy thing is being smart.

The 2013 Teen Choice Awards pulled it together, despite too many awards to give away during a short show. The rushed feeling was distracting, but the performances, musicians and actors shined and made it an enjoyable event for teens everywhere.