In true Dexter fashion, accidents have consequences. Namely, bodies piling up — and not the bodies of the bad guys we expect to see. 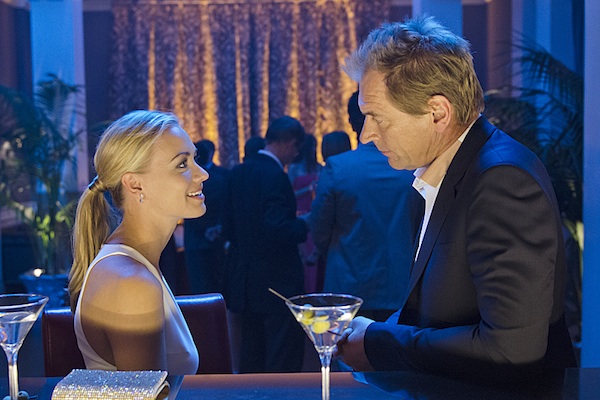 Dexter (Michael C. Hall) tries to teach Zack the code on tonight’s episode, while trying to follow a code of his own now that Hannah’s back in town. The juggling act doesn’t go so well for poor Dex.

Dexter wakes up on a beach. He remembers Hannah and, luckily, receives a call from Deb (Jennifer Carpenter). She is OK, and her usual fiery self. She guesses correctly that Hannah was the one who drugged them.

They can’t go to the police because Hannah knows everything about Dexter. If she isn’t in love with him anymore, then she’ll have no reason to stop from telling the authorities everything she knows.

Zack shows up at Dexter’s house. Dexter tells him they can’t be seen in public together. But Evelyn alluded to the code with Zack and now the boy wants help.

Dexter agrees to help Zack. First step, he tells Zack to get a job and start creating a cover life to look ordinary.

Hannah, it turns out, has a rich husband named Miles. They head to an exclusive venue called the Red Coral club, and Dexter gets inside with Zack’s help.

Inside, Dexter confronts Hannah who seems happy in her new life with Miles. Her new husband even knows all about her past.

During the night, Dexter tries to teach Zack to wait and control his urges to kill. Zack is beginning to lose his cool and tells Dexter he can’t wait. 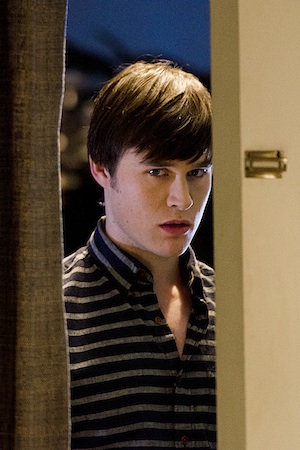 Can you feel the love tonight?

Dexter meets with Hannah after Miles threatens him to stay away from his wife. Hannah says she married him because she needed him. She originally came to Dexter because she was going to ask him to kill Miles but changed her mind.

Miles is obsessive and controlling. She might as well be in prison, but if she leaves him, he’ll turn her in to the authorities. His family already thinks she’s a gold digger. She can’t kill him herself without raising suspicion. She changed her mind, though, because of her feelings for Dexter. He’s the only person she can be completely honest with.

Dexter moves to kiss her, but she pulls away and leaves.

Zack has urges too

Dexter meets with Evelyn who is worried about Zack’s growing urges to kill. She encourages Dexter to take Zack seriously.

After their meeting, a group of men grab Dexter and drag him into an alley, beating him up. Dexter surmises that Miles somehow found out about his meeting with Hannah. Dexter is more worried about Hannah than himself.

While Dexter races off to find Hannah, Zack shows up at Dexter’s complex and knocks incessantly on Dexter’s door until Cassie comes outside and tells Zack she doesn’t think Dexter is home.

Dexter arrives at Miles’ yacht to find Hannah lying next to Miles’ dead body. Miles attacked her and tried to force her to leave Miami with him that night. She killed him in self-defense.

Dexter helps her clean up the body.

Hannah plans to leave town but promises not to go until she and Dexter can say goodbye. Deb watches them part ways from her car as Dexter gets a call about a crime scene.

The murder is in his apartment complex. Cassie has been bludgeoned to death. Dexter remembers that Norma was killed in the same fashion and wonders if Zack is the murderer.