One of the most public figures in pop culture may be stepping back from selling her baby’s photos to a magazine. Did Kanye West finally get his way? 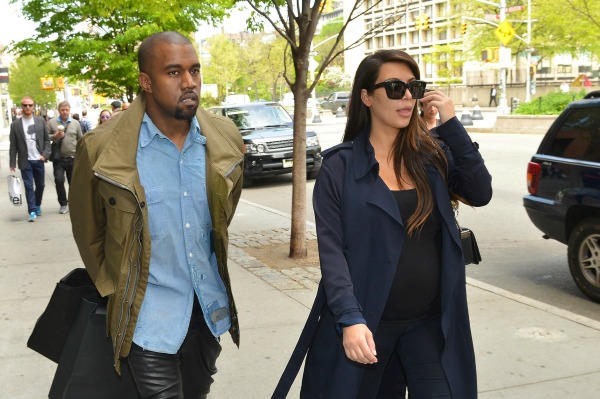 It’s been almost two months since Kim Kardashian gave birth to North West, but the public has yet to see one photo of the newborn. While Kanye West has been pretty adamant about keeping his daughter out of the public eye, he has coupled up with a Kardashian — and every aspect of their lives seems to be fair game.

However, it sounds like the new parents have reached an agreement on how baby North will make her grand debut. According to TMZ, the sale of the baby’s photos is strictly off the table. Reportedly, the couple was offered $3 million, which they were going to donate to charity.

Kim Kardashian comes out of hiding on mom’s show! >>

They have since changed their minds, and the duo are looking to take another path. Kimye may take a page from friends Jay Z and Beyoncé’s playbook by releasing a photo of their choice on social media. Another option involves a nonpaying publication like Vanity Fair. That’s the route Tom Cruise and Katie Holmes took with Suri back in 2006.

A source told HollywoodLife.com that West is the driving force behind this decision: He “isn’t about to make money off of his own daughter.”

It’s also very clear that the couple isn’t hurting for money, so accepting any financial offer might look bad to their fans.

It used to be common for celebrities to take money for the first photos of their baby. Brad Pitt and Angelina Jolie were famous for this, but they always donated the proceeds to charity. However, it is now more common for stars to control their own media on Instagram and Twitter. Channing Tatum and his wife, Jenna Dewan-Tatum, posted one photo of baby Everly, and that seems to have quelled the paparazzi’s appetite for now.

Whatever they decide to do, let’s hope they stop teasing the public with potential sightings on grandma Kris Jenner’s talk show.