Chris Brown had a medical emergency on Friday morning. While he is going to be OK, his explanation for the seizure is rather interesting. 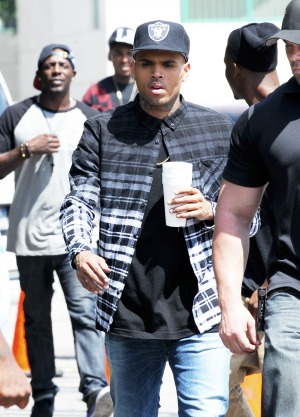 In the wee hours of Friday morning, Chris Brown suffered a seizure while at a Hollywood recording studio. According to TMZ, the Los Angeles Fire Department was called to the scene around 1 a.m. to treat the 24-year-old singer.

While Brown refused treatment at the time, he did see his personal doctor later that day. That’s where the diagnosis and the cause got really interesting.

Brown’s rep, Nicole Perna, said in a statement, “His doctor tended to him this afternoon and attributes the NES [non-epileptic seizure] to intense fatigue and extreme emotional stress, both due to the continued onslaught of unfounded legal matters and the nonstop negativity.”

It is true that stress can cause a seizure. However, there are multiple possible causes for an NES, including sleep deprivation, drugs and alcohol.

An associate professor of neurology at Beth Israel Deaconess Medical Center told USA Today, “All of us, if under extreme stress and sleep deprivation, would have a seizure.”

Brown spent 45 minutes in jail earlier last week for a May hit-and-run case. He has also recently threatened to quit music and battled the city of Los Angeles over graffiti outside his home.

He took to Twitter to state his case on Saturday, but the tweet has since been removed.

The trouble-ridden musician wrote, “They won’t love u until u r a memory…”

While his personal life continues to be filled with strife after his 2009 felony conviction for assaulting then-girlfriend Rihanna, his music career is still skyrocketing. His next venture is a music video featuring Nicki Minaj for the single “Love More.”