From a new, tough Alice to familiar characters from the Lewis Carroll novels, here are 10 things you need to know about Once Upon a Time in Wonderland. 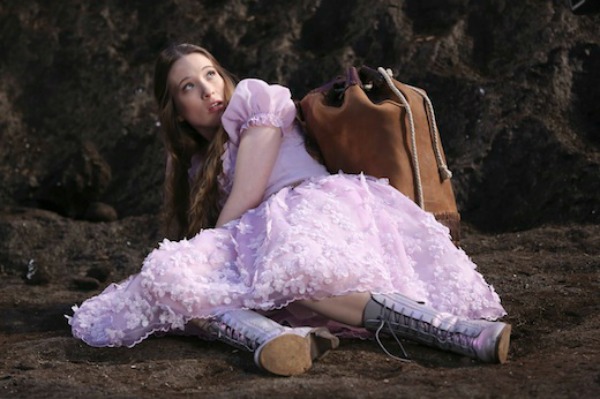 Once Upon a Time in Wonderland is set to make its debut on ABC this fall and the cast and creators were on hand at the recent Television Critics Association’s press day to talk about the Once Upon a Time spin-off. The panel included cast members Sophie Lowe (who plays Alice), Emma Rigby (who plays the Red Queen), Naveen Andrews (who plays Jafar), Michael Socha (who plays the Knave of Hearts), Peter Gadiot (who plays Cyrus), as well as executive producers Edward Kitsis, Adam Horowitz, and Zack Estrin.

Here are 10 things learned at the panel:

This is Alice like you’ve never seen her before

At a panel earlier in the day, Paul Lee, President of ABC, spoke briefly about the new series and promised that it would show the story of Alice in Wonderland like it has never been presented before.

The series will have a beginning, middle and end

Wonderland is being shot as a single story with a beginning, middle and end. But though the series will “end” after the first season, the creators promised that they do have plenty of ideas to continue it should the show get a second (and hopefully more) seasons.

Wonderland will take place concurrent to Once

Fans watching both Once and Wonderland should know that Wonderland will take place concurrently in time with Once. However, the series will also stand on its own and can be watched even if you’ve never seen Once Upon a Time.

This version of Alice can kick some major booty

Anybody looking for a shy and meek Alice might want to move along, because the Alice in this Wonderland is going to be one tough chick. Asked to describe her character, Lowe said, “She’s tough mentally and physically. She can kick a** and take care of herself.” 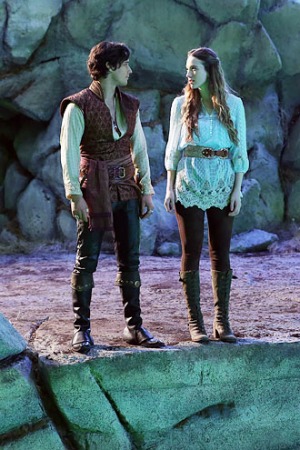 While the genie in the lamp is often seen as being content to be in his bottle and granting wishes to those who come his way, this time he’ll be a bit different. This genie, Cyrus, will be seeking a way to get free and live a life that is free like those whose wishes he has granted.

Work begins on Once Upon a Time spinoff >>

Wonderland will feature some familiar themes

If you’ve read the books or watched any previous versions of the Alice in Wonderland story, you’re going to see some familiar themes and faces in this new series. These will include the Cheshire Cat, as well as a hookah-smoking caterpillar and others.

The show will take elements from both Alice books

Fans of the works of Lewis Carroll will be happy to hear that Wonderland will borrow elements from both Alice in Wonderland and Through the Looking Glass.

The creators of the show spoke highly of Sebastian Stan (who played the Mad Hatter so wonderfully on Once Upon a Time) and said they would love to have him on Wonderland. However, they admitted sadly, that he wasn’t available, but said that there is a standing invitation for him should his schedule ever open up.

ABC planning a crazy Once Upon a Time spin-off >>

When asked if Wonderland will be darker than its predecessor, Kitsis said, “I wouldn’t say it’s darker. I will say that it does have its own vibe. Wonderland is like a psychedelic romance.”

There will be many great voice actors on the show

In addition to Roger Daltry as The Caterpillar (Daltry also played the same role in Once), the creators promised that many more great voice actors will be making an appearance in Wonderland, including John Lithgow as The White Rabbit.

Do you plan to watch Once Upon a Time in Wonderland when it debuts this fall?