Are you ready for an all new season of Homeland? We’ve got the new teaser and if it’s any indication, Season 3 is going to be a doozy! 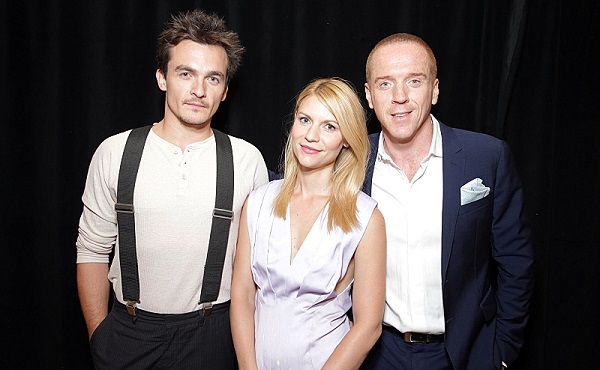 We’re still a month out from the Season 3 premiere of Homeland, but Showtime’s first preview has left us wasted. For the last two short seasons there have been plenty of gut-wrenching and heart-pounding moments played out on-screen. This season teaser promises even more of an emotional roller coaster.

Homeland is moving on without EP Henry Bromell >>

The season appears to pick up right where it left off: Carrie (Claire Danes) leaving Brody somewhere south of the Canadian border, the reformed (?) terrorist promising her that what they had was love. But what will their “love” do to Carrie’s testimony at a hearing on the bombing of the C.I.A. building? Are they pinning it on her? On Brody? Will her love for him hurt or hinder their cases?

Moreover, we’re faced with scenes of a crazy Carrie. At times she appears to be in another hospital, the bracelet hanging on her fragile wrist. Are these old shots from the last time she was admitted? Or new ones? And what on earth could bring on such moments as Carrie (with a screwed up face) flaying in a crowd in what appears to be the courtroom? Worse still, why is Saul (Mandy Patinkin) apologizing? Is Carrie being locked away? Is Brody being sentenced to death? (As a military man, would he go to Leavenworth or a jail for civilians?)

Get dating advice from Carrie (and other fictional females) >>

And, while Brody’s family has always played a significant part in the show, it appears as if some roles will continue to grow. We see quite a few curious scenes with Brody’s daughter, in fact. One shows her appearing to be naked and posing for her cellphone camera. Is this a cry for help as her family falls apart around her? We also see her kneeling on Brody’s Muslim prayer rug. Is she caught up in grief over the disappearance of her father, or will we see another convert? Seeing the teen convert to Islam might make for an interesting foil to the girl-terrorist Saul spent so much of his time trying to rescue in earlier seasons.

See what we mean?

Finally, we see Brody (Damian Lewis). The ginger hair is gone — he’s BIC’d his head. And he appears to be suffering excruciatingly from a gunshot wound. There’s also a moment where he’s speaking with a man in robes and the area looks decidedly foreign. Many think that means he’s returned to the Middle East. He’s wearing Western clothes, though. As someone on the lam, you’d think he’d want to blend in by wearing the more traditional clothing of the area. A black hoodie is more likely to blend in in America, Canada or Europe. Just sayin’. We’ll just have to wait and see, though. Hollywood Reporter is quoting co-creator Alex Gansa as confirming that Brody will not be seen in the first two episodes.

Everything will begin to look a whole lot clearer when Homeland Season 3 premieres on Showtime on Sept. 29.