Beyoncé’s hairstylist Kim Kimble reveals that nobody was more shocked than she was when she saw that her client had chopped off all of her hair. 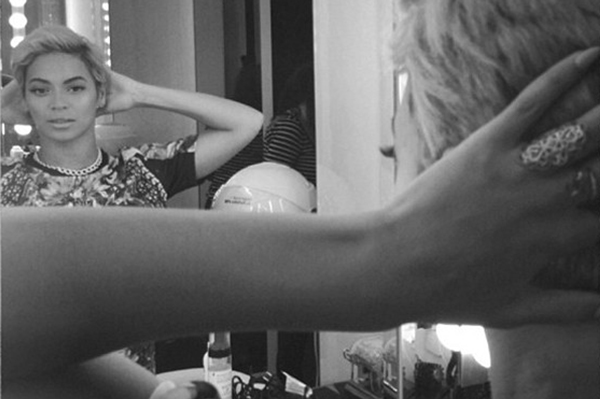 When Beyoncé debuted her new short haircut, she shocked and surprised all of her fans. One person you wouldn’t have expected to be shocked over the news of a new haircut would be Beyonce’s stylist, but it turns out she had no idea what her client was planning.

Beyoncé’s long-time stylist, Kim Kimble, opened up to People magazine about her emotional reaction when she saw that Beyoncé had cut off her long locks.

“I got a little teary eyed!” Kimble revealed. “I’ve been working for her so long, she has this beautiful long hair and it’s hard to grow hair out. I feel like it’s my hair, I work so much with her. I feel a little emotional but excited for her too. Maybe I’ll cut my hair off now. Short hair, don’t care!”

The new cut also means that Kimble has got some more work ahead of her. Kimble and Beyoncé had worked out an entire hair concept for a new music video, but now Kimble has to come up with something else.

“I had a whole plan laid out. I wanted to do a retro ’50s type of hair. I feel like there’s going to be a meeting soon!” she said, laughing. “It won’t be the long, wavy, typical hair, but I’m really excited to do something different. No matter what, she knows I’ll give her what she wants!”

While some have been speculating that Beyoncé’s new ‘do was simply the result of her removing a weave, Kimble said that’s not true. “She had great, thick long hair, which she cut off because she’s ready to make a statement. It’s a great [one] to make: I’m beautiful, sexy, bold and I can do it all. She’s the perfect model for that: A working woman, mom, superstar, businesswoman. She’s powerful in herself. “