Leah Remini is upping the stakes in her fight against Scientology, filing a missing persons report on the woman who kinda started this whole mess — but is she really missing after all? 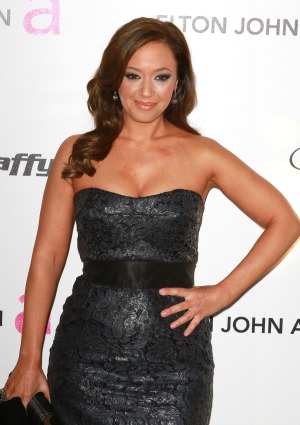 Where is Shelly Miscavige? That’s what Leah Remini wants to know, and her questions about the wife of Scientology leader David Miscavige are allegedly what started her disillusionment with the controversial religion in the first place.

Remini, who left the church earlier this summer, upped the ante in what’s gearing up to be a war against Xenu, filed a missing persons report on Shelly Miscavige with the LAPD earlier this week. The wife has not been seen in public since 2006 or 2007 (reports vary).

But lawyers for the leader’s wife deny she is missing.

“Mrs. Miscavige has been working non-stop in the Church, as she always has. She is not a public figure and prefers her privacy,” read a statement to Entertainment Tonight, signed by Jeffrey K. Riffer from the legal firm Elkins Kalt Weintraub Reuben Gartside LLP.

“Mrs. Miscavige has been seen and heard of since 2007. Any rumors to the contrary are false. Any person making such a false assertion is doing so recklessly because they do not know the facts or are lying because they wish ill for the Church, Mr. Miscavige and Mrs. Miscavige,” the statement added.

The LAPD has already closed the case, a move which TMZ says happened after the cops had a face-to-face meeting with the mysterious figure.

“This is just harassment,” a Scientology rep told TMZ. “It is a publicity stunt cooked up by a small band of unemployed fanatics who live on the fringe of the internet.”

Anti-Scientology activists have maintained that Shelly Miscavige has been held against her will out of the public eye for years after disagreeing with her husband over the rules and treatment of Scientology members.