Alec Baldwin may be headed to MSNBC, and could be the perfect choice because he’s not afraid to say exactly how he feels. 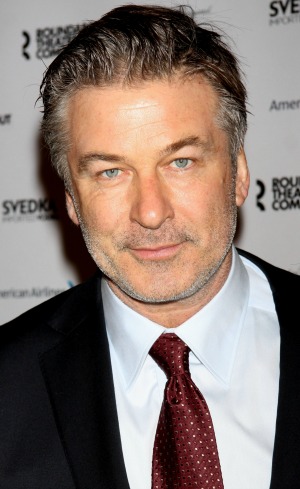 The always-outspoken Alec Baldwin could soon be given a forum a little more official than Twitter. Deadline.com is reporting that the actor may be in talks to host his own show on MSNBC.

“It’s a real possibility,” a source told Deadline, but added that there is not yet a deal with the actor.

If the reports are true, negotiations could still break down. But it could mean a return to TV for Baldwin, whose show 30 Rock ended last year. A source told Mediaite that the show would air at 10/9c on Fridays and will revolve around Baldwin’s liberal politics.

Large to small: Film stars who have made the jump to TV >>

For fans of 30 Rock, the new role would be a dramatic change from his conservative character of Jack Donaghy.

Baldwin, who recently said he wanted to leave the spotlight, reportedly signed a two-year deal with NBC the day before 30 Rock’s finale aired, according to The Hollywood Reporter. The deal would give them access to Baldwin during the contract, and he was reportedly considered as a late-night host with Jimmy Fallon moving to The Tonight Show.

The 55-year-old actor could be a perfect addition to the network. He’s a favorite among fans, and has extensive experience with live TV (he’s hosted Saturday Night Live 16 times). He also hosts a weekly podcast called “Here’s the Thing.”

While Baldwin may be a favorite, he has already removed himself from Twitter, twice, for his explosive temper. A politics-driven show could be the wrong opportunity for someone with that personality, but it could also bring in big ratings for the cable news network.

MSNBC commented on the rumors Friday afternoon, saying, “We’re fans of Alec but we’ve got nothing to say regarding this unconfirmed report.”

Baldwin was again nominated for his 30 Rock role at this year’s Emmy Awards, which will air Sunday, Sept. 22.

Would you watch Alec Baldwin if he were given a show on MSNBC?