Under the Dome is making waves right now with its great ratings and critical acclaim — fans and critics alike seem to love this show. But if you’re sad about the short first season, never fear! Here are some suggestions to tide you over until next summer. 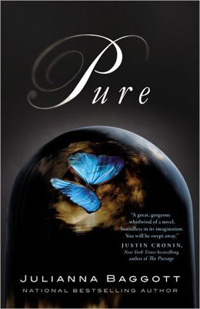 The first in a dystopian trilogy (the second novel, Fuse, has also been released), Pure is about the haves and have nots, those inside the Dome and those who aren’t (sound familiar)? But in this case, the Dome is considered a good thing — those inside it are “Pures,” people who have not been affected by the cataclysm that damaged and scarred those outside the Dome. When two people, Pressia and Partridge, one who knows the harsh ways of the world outside the Dome and the other a Pure, come together, worlds will shatter and things will change forever. 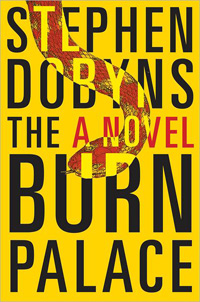 One thing fans seem to love about Under the Dome is the strange occurrences in a small town. Stephen Dobyns also captures that beautifully in his novel The Burn Palace; in fact, he’s been compared more than once to Stephen King himself. Brewster, Rhode Island, is just another small town in the U.S., but when sinister things begin to happen, the townspeople begin to wonder if there’s something otherworldly at work. 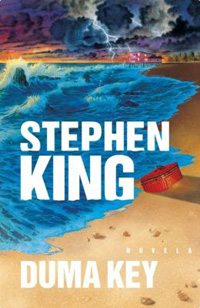 It seems way too obvious to recommend the novel Under the Dome by Stephen King. After all, most viewers are likely aware that it was a book first, and though the TV show differs from the book, some may not want to risk spoilers. That’s why we’ve decided to recommend another King novel, Duma Key. It’s different in subject matter than Under the Dome — about a man who loses everything after a horrible accident and finds solace in painting… but there may be more in those paintings than meets the eye — but it’s still a great King thriller. 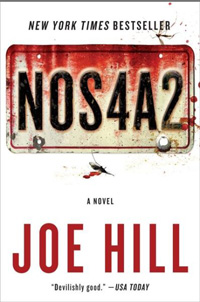 Like Under the Dome, NOS4A2 is a work of otherworldly suspense, but it’s smaller in scope. It’s an incredibly wrought horror novel, about a child who manages to escape from a horrible predator. But when she’s all grown up, she learns that she hasn’t left that behind and that he’s coming after her again to take revenge on the only child that ever escaped. There’s a lot going on in this creepy book, enough to keep you up late at night. And one interesting tidbit — Joe Hill is actually Stephen King’s son. Looks like Papa King has passed on those writing talents!