The Wanted’s Tom Parker has revealed he has no preference when it comes to the type of girl he goes for. In fact, the band seems to have a love for women! 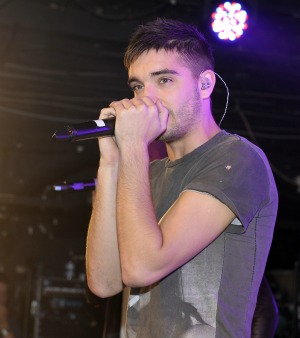 Tom Parker has recently revealed that he does not have a type or preference when it comes to women.

Well, just as well, because after his illegal dumping stint, we’re not too sure he’s the most eligible man out there.

When asked about the prospect of marriage, Parker explained: ”Not quite yet.”

While the couple may not want to take things to the next level just yet, they do seem happy and were recently spotting frolicking together by the seaside.

The singer, 25, and his model girlfriend took a break when they visited the Canary Islands last month and were seen kissing as Hardwick showed off her figure in a gold bikini!

In fact, it seems like the entire band always manages to find time for women, as well as partying and drinking. That is basically what their reality TV show, The Wanted Life, is all about!

The band consists of members Sykes, Tom Parker, Jay McGuiness, Max George and Siva Kaneswaran, and they have been working hard on their latest album. The band may even be collaborating with Justin Bieber for a new track on their new album. That could most certainly be something interesting for their fans!

Sykes added: ”We’re working on it. He’s written a track for our next album (and) there’s still discussions about whether he’s going to sell the track or not.”

31 mins ago
by Grace Kang

51 mins ago
by Grace Kang