Prolific actress Karen Black, who was known for her roles in counterculture films such as Easy Rider, sadly lost her battle to cancer on Thursday at the age of 74. 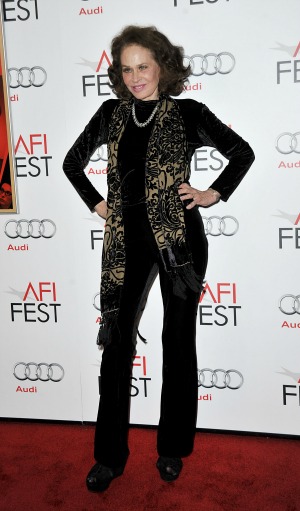 It is a sad day for Hollywood. Actress Karen Black died yesterday at the age of 74, after a long and emotional battle with cancer.

Black was celebrated for her beautiful thick hair and luscious lips, and she portrayed characters that were troubled or quirky in more than 100 movies.

However, the star first found her big break in 1969 with the cult film Easy Rider.

Black was diagnosed with ampullary cancer in November 2010 and underwent an operation that removed one-third of her pancreas.

It appeared the actress was regaining her health and beating the cancer, as she was declared cancer-free in 2011. That sadly did not last and in March of this year the cancer had returned.

The news of the Oscar-nominated actress’ death was announced by her grieving husband, Stephen Eckelberry.

Eckelberry said on his Facebook page, “It is with great sadness that I have to report that my wife and best friend Karen Black has just passed away, only a few minutes ago. Thank you all for all your prayers and love, they meant so much to her as they did to me.”

A fundraising page had been set up for Black with the hopes of gathering public donations for an experimental treatment that she could have in Europe.

On Aug. 7, just a day before his beloved wife passed away, Eckelberry posted an update of Black’s condition, stating that the cancer had spread to her spine and they would sadly be unable to make the trip to Europe.

Eckelberry wrote, “You look at the scans, they tell you one thing, then you meet Karen, and what you are left with is how amazingly alive she is,” he wrote.

“She can’t help but take life head-on and be completely engaged in the moment, always interested, always curious, always present.”

Black’s passing adds to the tally of celebrity deaths this year, including Cory Monteith and James Gandolfini.