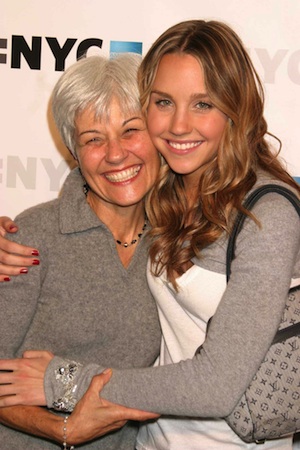 Amanda Bynes will be in court Friday, Aug. 9, for a hearing to determine her psychiatric state. In a tragic visual, she likely will be transported from the psych ward in the hospital to the Los Angeles Superior Court by ambulance.

Friday’s hearing is when Bynes’ family will learn whether a judge deems the 27-year-old actress able to care for herself.

Amanda was involuntarily committed on July 23 — more than two weeks ago  — and will have spent 17 days under intense psychological evaluation by Friday’s hearing.

Just two days into her 5150 hold, reports surfaced that Bynes showed signs of schizophrenia, a mental disorder in which is a person struggles to distinguish between reality and fantasy.

The National Institute of Mental Health (NIMH) explains that schizophrenia is likely thought to be caused by genetic and environmental factors and its effects are often exaggerated by atypical chemistry in the brain.

Bynes’ Twitter account provides a rare glimpse into her mental state during these past months, with her behavior becoming rapidly bizarre over the summer. NIMH offers insight into Bynes’ possible schizophrenia diagnosis: It says those who suffer from the disorder are prone to delusions and disorganized thinking.

Fans frequently witnessed Bynes send incoherent messages and rage-filled tweets aimed at the media via her Twitter account. The account has been eerily silent since she was placed under a 5150 hold.

An open letter to Amanda Bynes from Nick Cannon >>

When Bynes appears today in Los Angeles Superior Court a judge is first expected to meet with the actress and her attorney in his chambers to assess her mental capacity.

Bynes’ parents petitioned the court for a conservatorship several weeks ago and while there are many steps in the process, Bynes’ Friday hearing is the last step before a decision is made.

If the judge rules against Bynes, she will lose the ability to make her own health care decisions and could lose control over her own finances. The Judicial Council of California specifically states that a distinction is made between conservatorships for care of a person and conservatorships for management of a person’s estate.

However, as in the case with Britney Spears, a judge can rule to allow both types of conservatorships at the same time. Bynes’ net worth is around $4 million, according to Celebrity Net Worth.

Bynes’ parents may have a solid case to take over their daughter’s finances as recent reports suggest Bynes withdrew several hundred thousands of dollars a week between June 2013 and July 2013.

Check back for more updates today as we will continue to cover the outcome of Bynes’ conservatorship hearing.