Cory Monteith had been fighting addiction for years, but he was doing all he could to find his way back. The day before he died, it looks like he was surrounded by sober friends who didn’t approve of drugs. 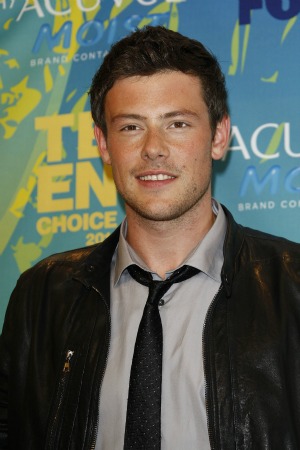 There are still a lot of unanswered questions about Glee star Cory Monteith’s death. Before now, we knew very little about his last hours, including where he was and who he was with, before ending up in his Vancouver hotel room.

Monteith was found dead in the hotel room July 13 from a deadly level of heroin and alcohol, but the day before he was out with some good friends.

The 31-year-old actor’s acting coach Andrew McIlroy spoke with People magazine about Monteith’s last hours, and it appears the people he was surrounding himself with were only positive influences.

“They weren’t strangers, they weren’t bad guys,” McIlroy said about the friends Monteith was with on July 12. “They were longtime, sober friends. Cory knew them maybe 10 years. Essentially, he had spent time with [them] as sober people. They were not using with him [that night]. There was no double life up here.”

Monteith had struggled with addiction for years, but it appeared he was really trying to straighten out his life.

The acting coach said he had seen Monteith a couple weeks before his death, but after he had left rehab. He didn’t see any signs of trouble, and he said it looked like the actor was looking forward to the future.

“He was just recently out of rehab and he was good,” McIlroy remembered. “He was happy to be breathing fresh air and putting in full days and being active.”

The friends said it didn’t appear Monteith was having any problems, and left him thinking he would be okay.

“He was fine, that’s what’s so awful,” the friends told McIlroy. “The vigilance against using is nuts. If I or anyone understood the mindset nobody would ever slip.”